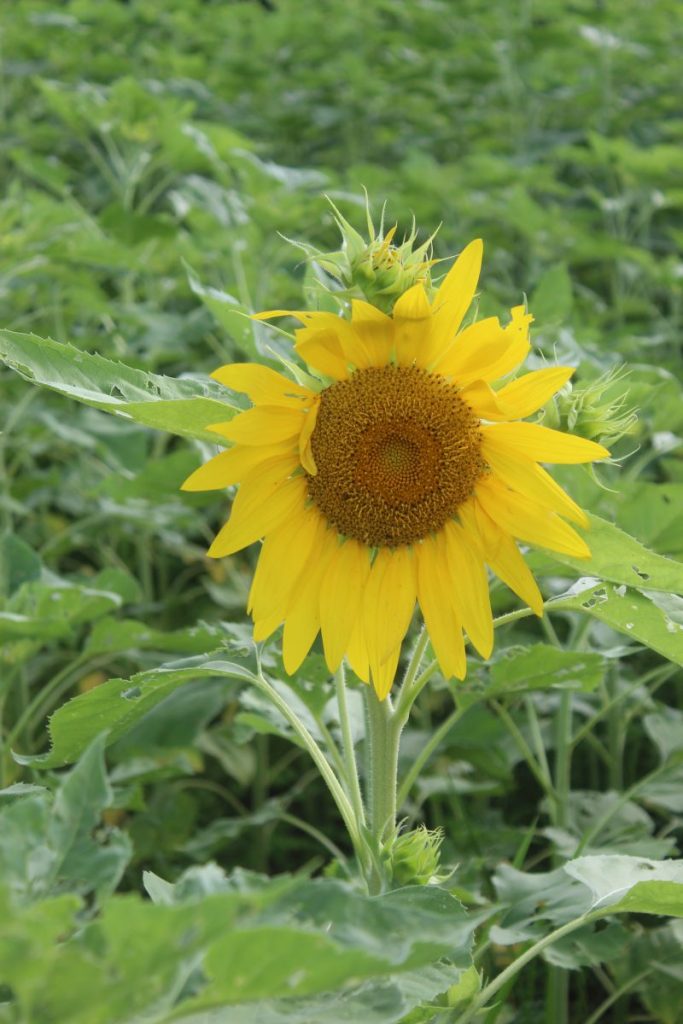 Photo by Shari Harris
The sunflowers are ready at Kissiar Sunflower Patch!

Help celebrate the official season opening of Kissiar Sunflower Patch on Saturday, August 27, and don’t forget your cameras. Due to nature, the sunflowers are blooming a little early this year, and the patch opened ahead of their official opener, but Saturday’s events promise to make the day special.

The season opener begins at 12 p.m. with a prayer from Jared Spencer from Central Baptist Church. This will be followed by singing from Cindy Fronterhouse-Badgett.

A raffle for a John Deere Powerwheels tractor with a hay wagon, hosted by Don’t Miss Outlet, began on July 29, with all proceeds going to the Patch. Tickets are one dollar each or six tickets for five dollars. The drawing will be at 5 p.m. Saturday.

New photo opportunities can be found at Kissiar Sunflower Patch this summer, as owners John and Cherie Kissiar have added to the murals and props decorating their property. Visitors are encouraged to photograph their loved ones to commemorate their time at the Patch.

The Kissiars formed Kissiar Sunflower Patch, a not-for-profit organization, to honor their son, Bret, who passed away at the age of 29 from testicular cancer. Their mission is to raise funds to send a local terminally ill child to Disney, a promise Cherie made to their son and was unable to fulfill.

The sunflower patch is open 7 days a week, from 12 to 8 p.m., in season. The sunflowers won’t last forever, so make plans to visit while the giant blooms are at their best. And don’t forget your camera!