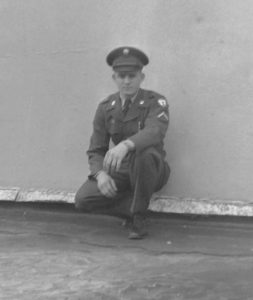 Edward Franklin Atkisson, son of Herbert Bazel Atkisson and Helen Louise (Perkins) Atkisson was born on October 21, 1938, in Texas County. He passed away on August 26, 2022, at Texas County Memorial Hospital in Houston, Mo.

He is preceded in death by his parents; daughter, Angela; granddaughter, Alisha; brothers, Gene, Bill, Ronald and Harry; and sister, Geraldine.

Edward is survived by his wife, Sylvia of Raymondville; daughters, Kay Crider (James) of Raymondville, Kathy Atkisson of Houston and Lisa Atkisson of Raymondville; son, Dewayne of Raymondville; grandsons, Aaron (Marissa), Wesley (Katlyn) and Dalton; and great grandsons, Enix, Cayden, Ethan and Jaxon. Edward has one surviving brother, Robert; and one sister, Karen. He also has three very special brothers-in-law, William, Dale and Raymond that he loved visiting with. He is also leaving behind many more family members, which he cared about.

He grew up in the Licking area and in 1955 joined the Army. He served from 1955 to 1958. Edward was stationed in Alaska. When he came back to Texas County, Edward married Sylvia York on December 6, 1958. To this union, five children were born.

He loved his family and will be missed.