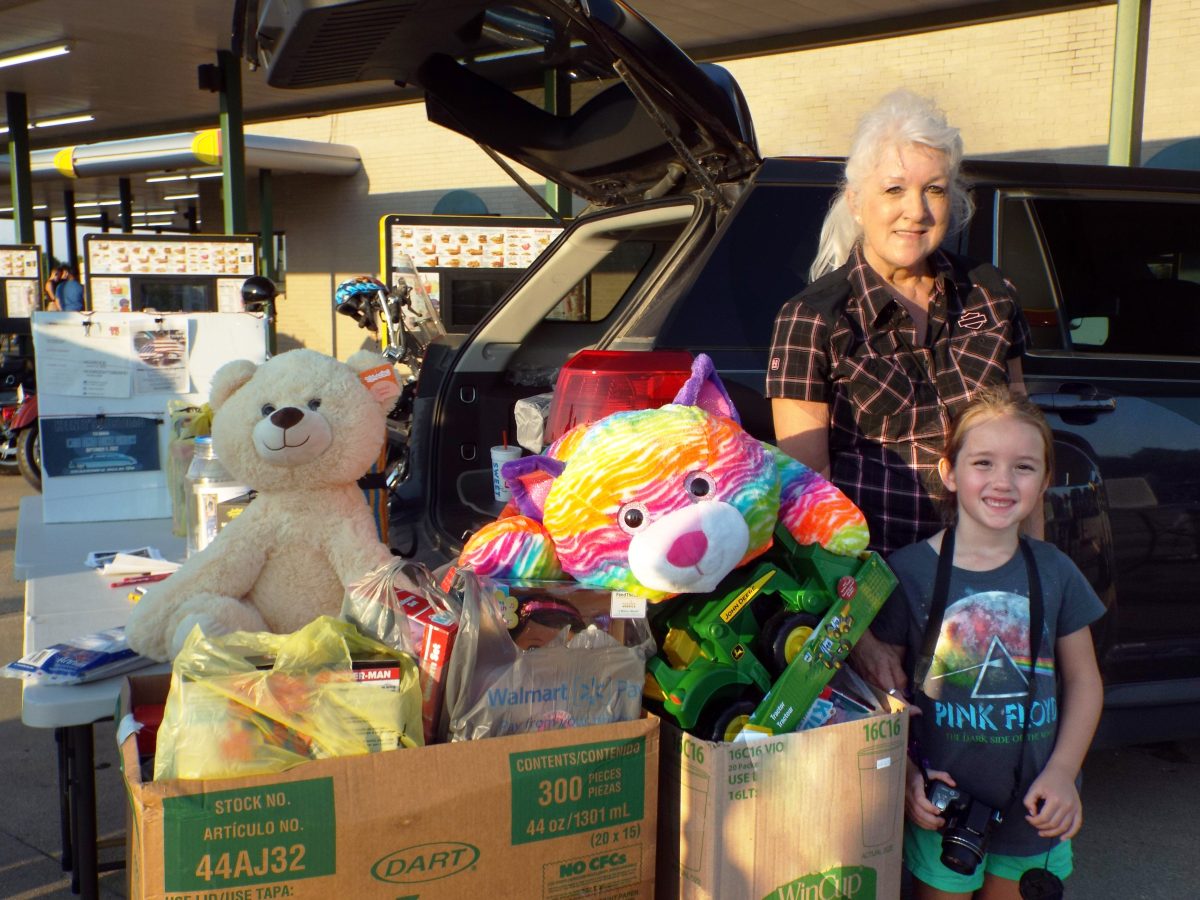 Photo by Christy Porter
Kaidyn Daniels (front) and Sue Daniels, cruise-in coordinator, are pictured with some of the approximately 90 toys received at the most recent MC Cruise-In.

The MC Cruise-In at Licking Sonic held their first Toy Drive of the season last Thursday. Members brought new and unwrapped toys that will be distributed at the annual Licking Christmas festivities.

The evening brought in 83 bikes, including two electric bikes that cruised in for the event. They came from Licking, Edgar Springs, Raymondville, Houston, Salem, Rolla, Willow Springs and Mountain View.

The next Toy Drive will be held at the September 29, final cruise-in of the year.

A prayer and memorial service will also be held that Thursday, in honor of the members who have attended the MC Cruise-In over the past 13 years and have now passed on. Pastor Erin McConnell will lead the service.