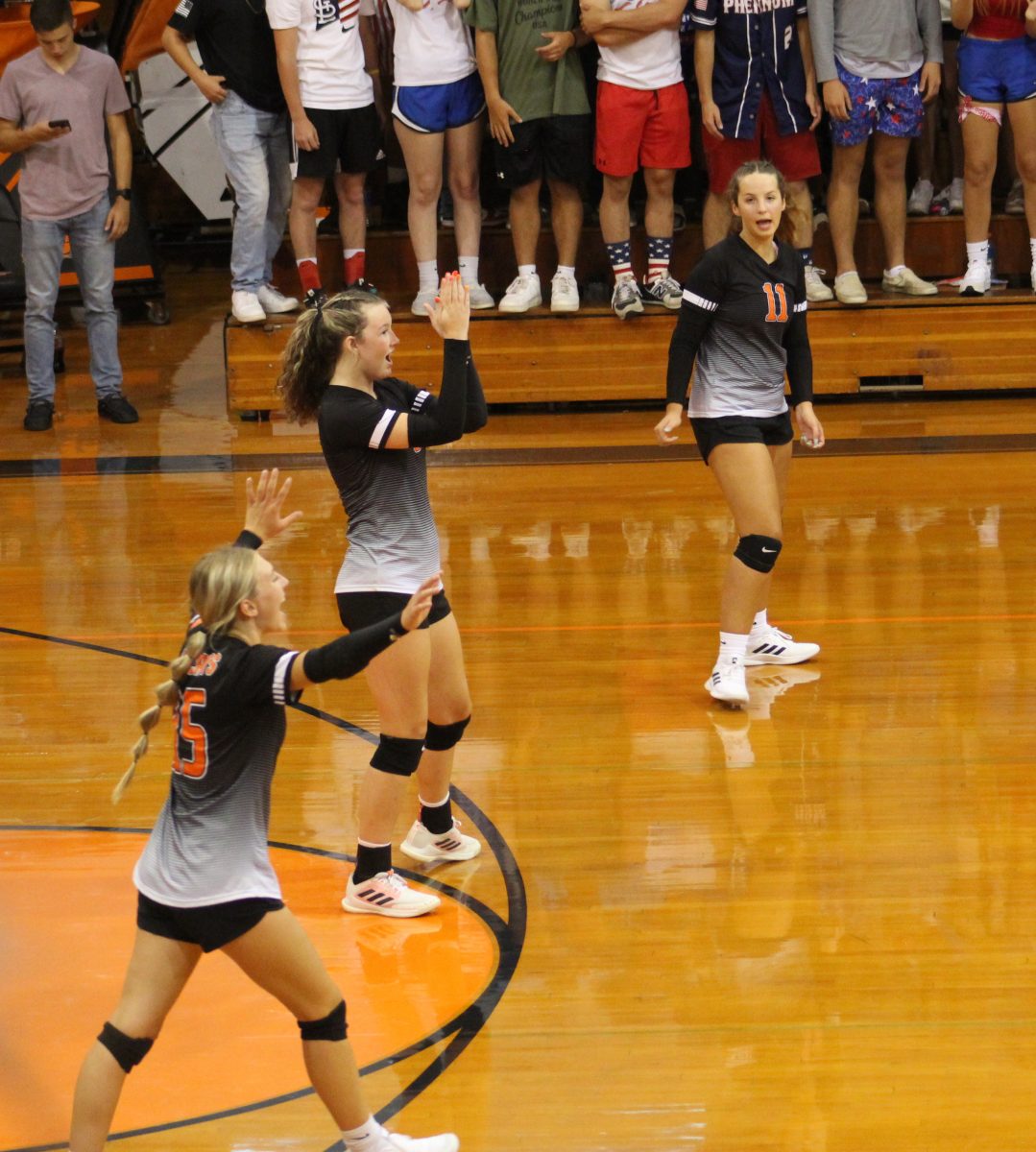 Licking Lady Wildcats Volleyball started their season with the Summersville Jamboree on Tuesday, August 23. Their first regular game was a home game against always-tough foe Mountain View/Liberty, on Monday, August 29. Both junior varsity and varsity came up short in the contests.

Net violations kept JV from developing momentum. They lost the first set 16-25, and battled to a close 24-26 loss in the second set.

Tuesday evening, three matches were held against Houston. The C Team played in their first game and fell to the Lady Tigers 21-25 and 12-25.

The Lady Wildcats took command after that. Junior Varsity won the first set 25-20, and trounced the Lady Tigers 25-9 in the second set.

The Varsity Lady ‘Cats took the first two sets in fine form, winning 25-10 and 25-15. Fatigue appeared to set in during the third set, and they seemed less sharp, but still were able to overcome Houston 25-23 to win the match.