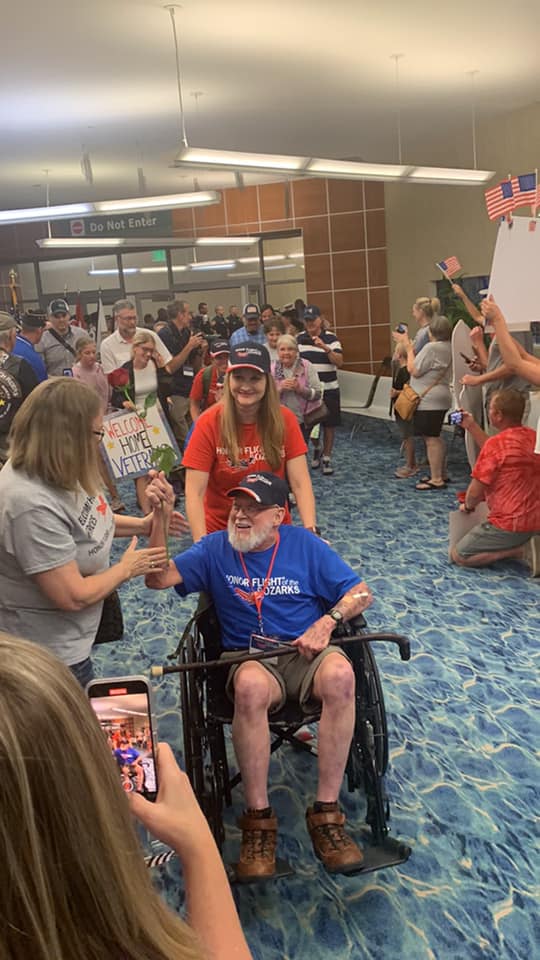 Photo submitted
Licking veteran Jim Little receives a homecoming 52 years in the making when he returned to Springfield from an Honor Flight.

When Jim Little returned from Vietnam in 1970, like most soldiers of that era, he did not find a welcoming country awaiting him. All of that changed after Little traveled on August 23 to Washington, D.C., on an Honor Flight.

The journey actually began in 2019, when Little’s daughter, Ashli Todaro, filled out an application for him to take an Honor Flight. He was chosen to go on the all-expense paid trip in August 2022. Todaro traveled with him as a guardian; she also had to complete an application and pay $500 for the trip.

Little and Todaro joined 81 other veterans and their guardians on the flight, most from South Central Missouri. Several medics, four doctors, four registered nurses and two paramedics accompanied the group. Four volunteer bus captains and two directors with Honor Flight of the Ozarks were also present.

“While in Washington, D.C., we were treated like VIP’s!” explained Todaro. 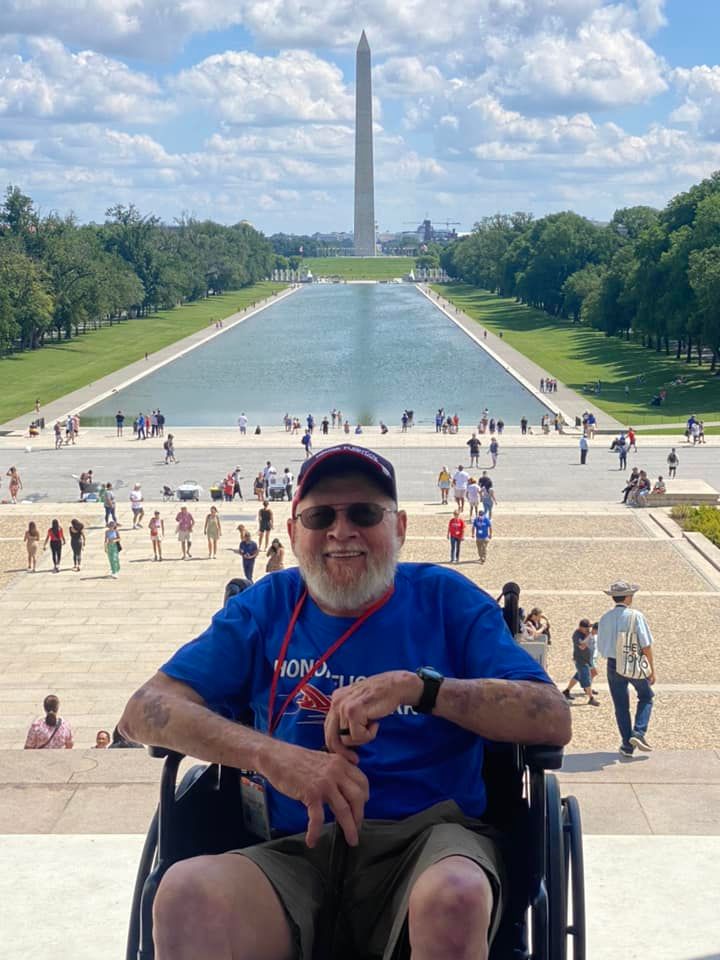 Photo by Ashli Todaro
The Washington Monument and the Lincoln Memorial Reflecting Pool on the National Mall, shown behind veteran Jim Little, were some of the sights he experienced in Washington, D.C.

“Dad had an amazing time,” said Todaro. “His favorite parts of the trip were visiting the Vietnam Memorial, seeing the water in front of the George Washington Monument, and watching the Changing of the Guard at Arlington.” 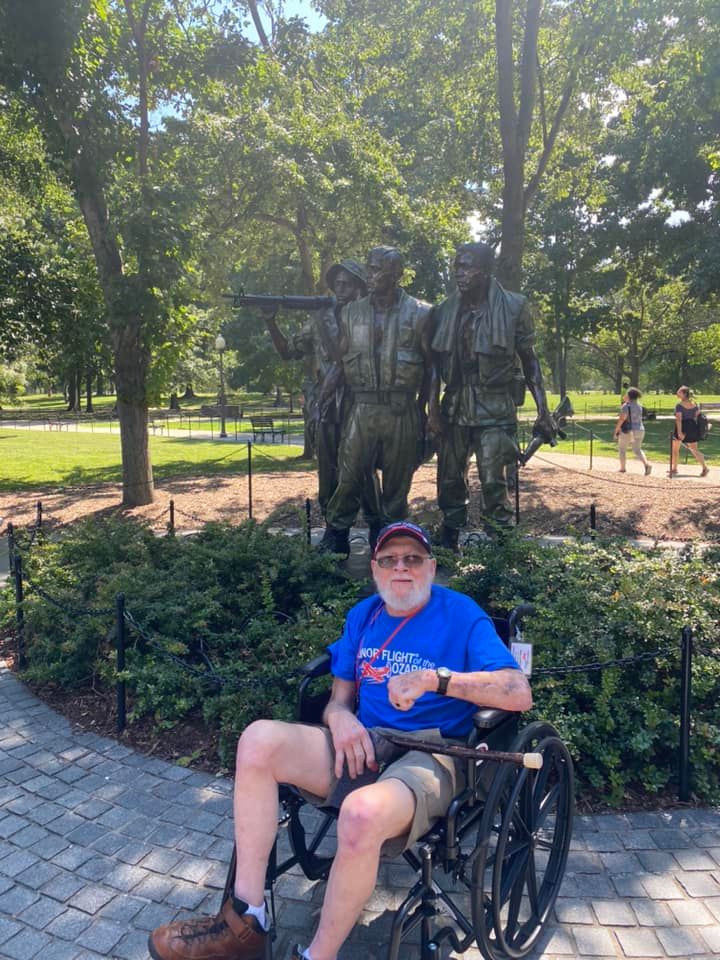 After visiting the Vietnam Wall Memorial, Little said he finally feels like he is home. When he exited the plane in Springfield, people lined both sides of the walkway at the airport, greeting the returning veterans and giving them the homecoming they deserve.

E4 James (Jim) Little served in the U.S. Army in Vietnam in 1969-70, in the 11th Armored Cavalry Regiment (Blackhorse Regiment).

If a veteran is interested in taking an honor flight, they should visit the Honor Flight of the Ozarks website at https://www.honorflightoftheozarks.org/ or call their office at 417-268-9052. More information is available on the website, along with applications for veterans and guardians. 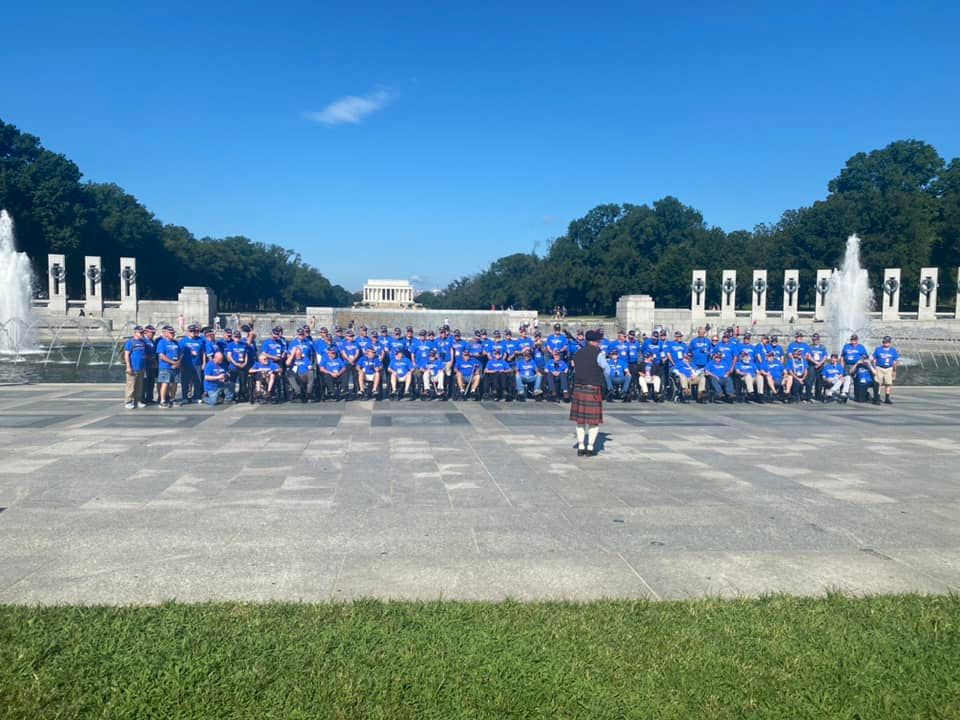 Photo by Ashli Todaro
Veterans that made the Honor Flight.