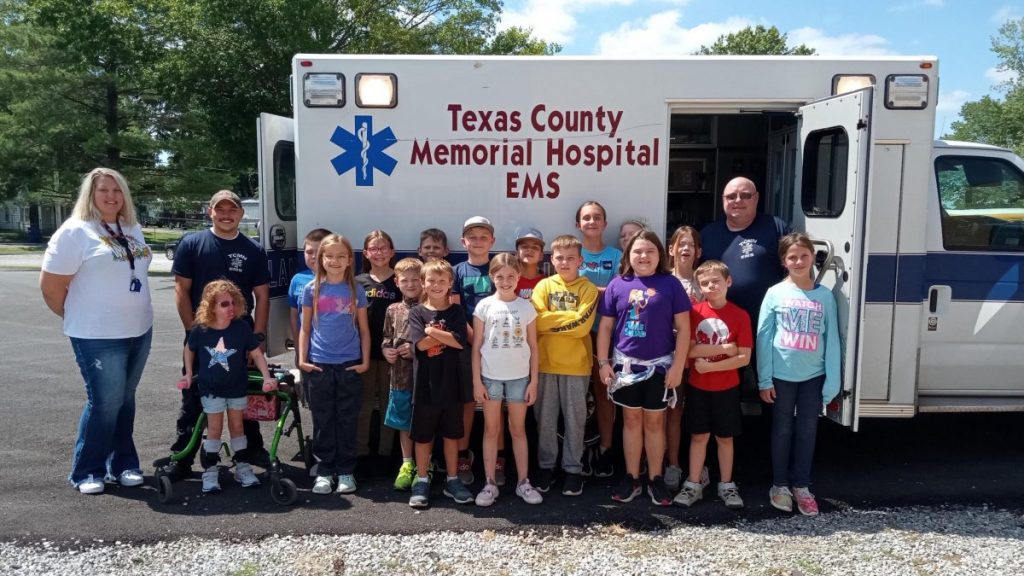 Leading up to September 11, Candice Shepherd’s fourth grade class at Licking Elementary welcomed first responders to participate with them as they learned about and honored the lives of those affected by 9/11. The tragic events of that day happened before the students were born, but the events shaped the world that they live in today. They also had the opportunity to learn about the careers of first responders through question and answer sessions. 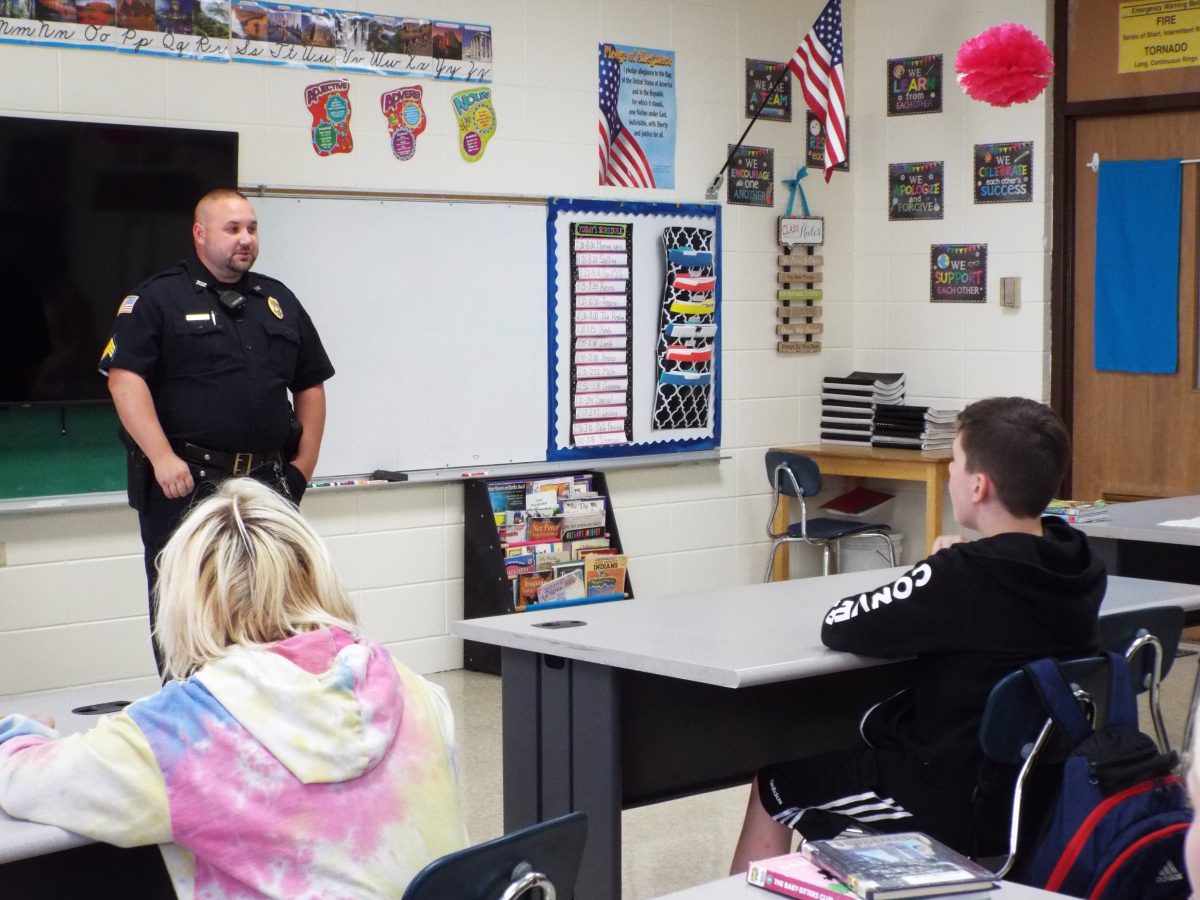 Photo by Christy Porter
Sgt. Brian Allgire, with the Licking Police Department, discussed his experience with 9/11 and how it affected his entering law enforcement.

Sgt. Brian Allgire, with the Licking Police Department, was greeted on Friday for a question and answer session about his personal experience on that fateful day. Allgire was a farm boy and a student in the fourth grade himself in 2001, and he shared that he knew, “Something major had happened.” He continued that it was unrealistic to him at the time.

Allgire also explained that he had already wanted to follow in the family footsteps in law enforcement and that the events of that day influenced his decision to continue in that career path.

“History and the study of past events are important, for us to be prepared, to prevent or to not repeat previous mistakes,” said Allgire. He continues his training on a regular basis and it’s vitally important to him to protect the citizens of our community, fellow police officers and himself. In answer to one child’s question he responded, “Yes, we help a lot of kids when we’re on the job.” 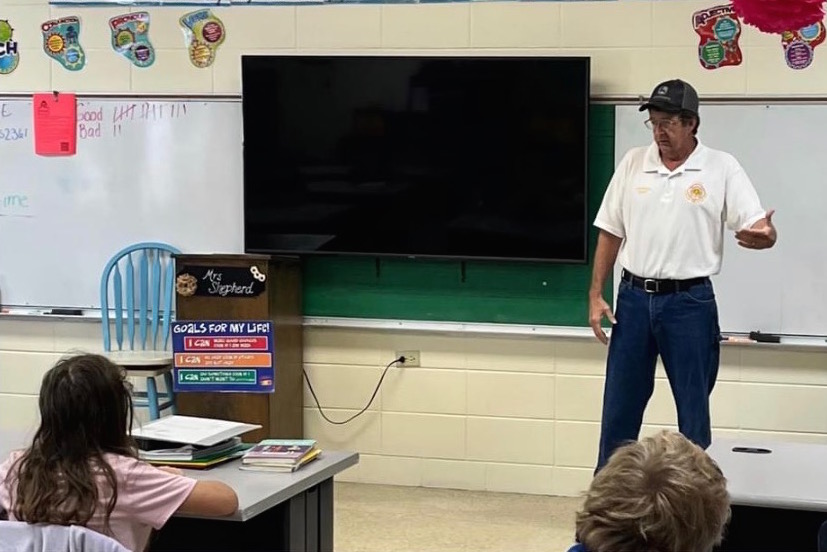 Photo submitted
Fire Chief Jimmy Sherrill met with Licking R-VIII fourth graders and shared what inspired him to become a volunteer firefighter and then fire chief.

The fourth grade students also welcomed Licking Fire Chief Jimmy Sherrill as they honored first responders in remembrance of September 11. Sherrill shared what his experience was in Licking on that day, and also how he can help the community in his position as a first responder. Sherrill joined the fire department in 2002 after a house fire motivated him to pursue training.

Texas County Memorial Hospital Emergency Management Services arrived at the school via an ambulance, prepared not only for emergencies but to answer questions the students had about the vital part they play in a first responder role. The students got a first hand look at the equipment necessary to deal with medical emergencies with a tour of the interior of the ambulance. Emergency medical technician Tim Baumgarner was inspired to become an EMT after his grandfather suffered a heart attack, while EMT Steve Wilkins remembered the lines at the gas stations after the twin towers were hit.

Three vital first response entities of our community shared their experiences and expertise with the fourth graders, helping a new generation understand the role of first responders in a community. First responder organizations in New York City, Washington D.C. and Pennsylvania, likewise, utilized their expertise and training to respond to the events of September 11, 2001, and a great many gave their lives in the process.

Photos submitted and by Christy Porter