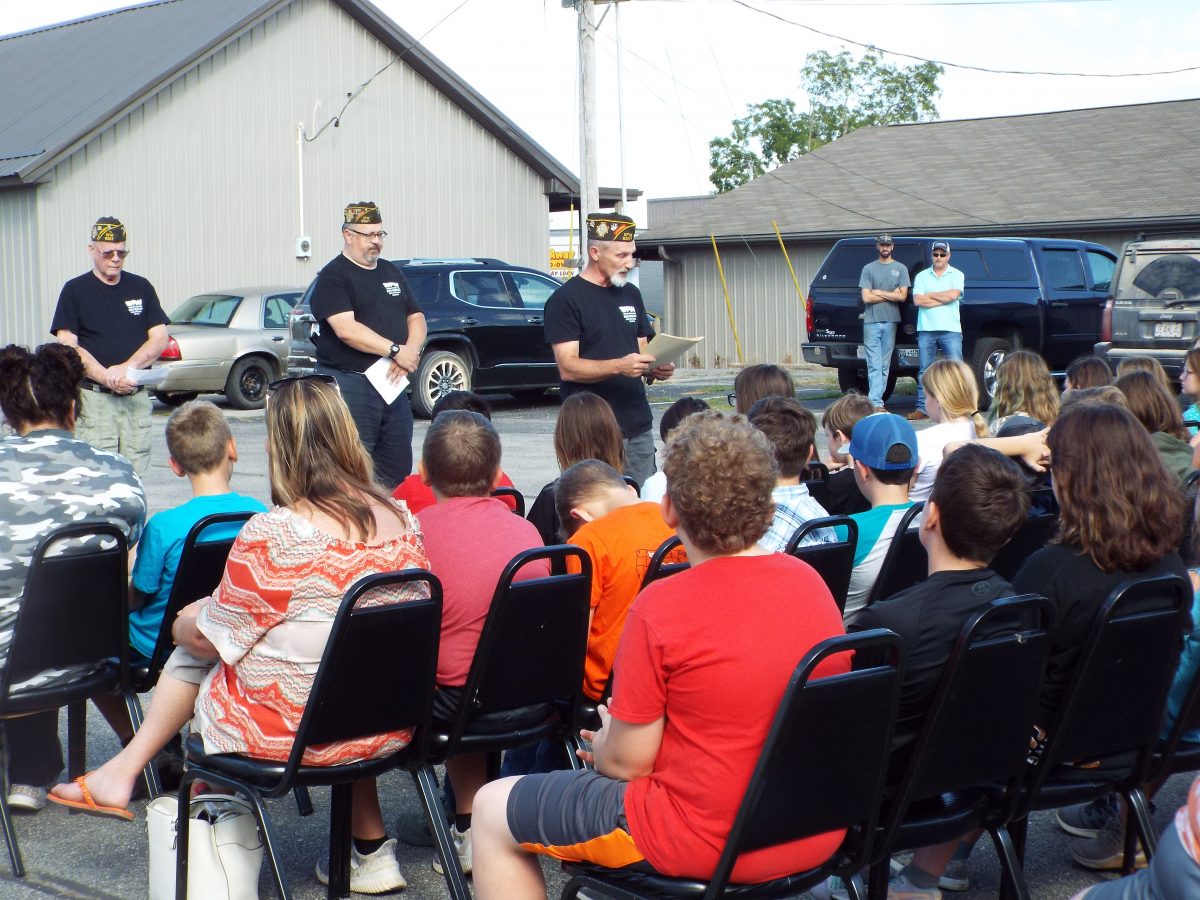 Fifth grade students and teachers from Licking and Success joined U.S. veterans from VFW Post 6337 on Wednesday, September 21, to assist in the Dignified Disposal of Unserviceable Flags.

Krewson explained the 13 folds of the flag and what each fold represented.

One large flag that had been flown at the intersection of Hwy. 63 and Hwy. 32, and three tubs of unserviceable flags, having been honorably retired from further service, were presented and inspected as having reached their present state in a proper service of tribute, memory and love.

Chaplain Ed Folger offered a prayer to the, “Almighty God, Captain of all hosts and Commander over all, bless and consecrate this present hour. We thank you for our Country and its Flag, and for the liberty for which it stands… may your Holy Light spread over us and bring our hearts renewed devotion to God and Country. Amen.”

The students then proceeded to the burn pit, where they and the veterans, with the upmost respect, prepared and separated the large flag for disposal, then burned it and all other presented and inspected flags in a dignified manner.

Refreshments were served after the ceremony, with Krewson issuing orders to retrieve the snacks, which gave the visitors an experience in boot camp training.

Veteran and auxiliary introductions and a question and answer session followed. Krewson explained the draft and selective service mandatory requirements, but also stated that, as for now, the U.S. military is still a volunteer force. The students shared their family members’ service and inquired where the veterans present had served and the places they had been. Current world events were also discussed. Krewson reminded the students to love their country and love people.

Student participation is appreciated and encouraged with the hope that it instills a deeper sense of patriotism in our young people, shared Krewson.