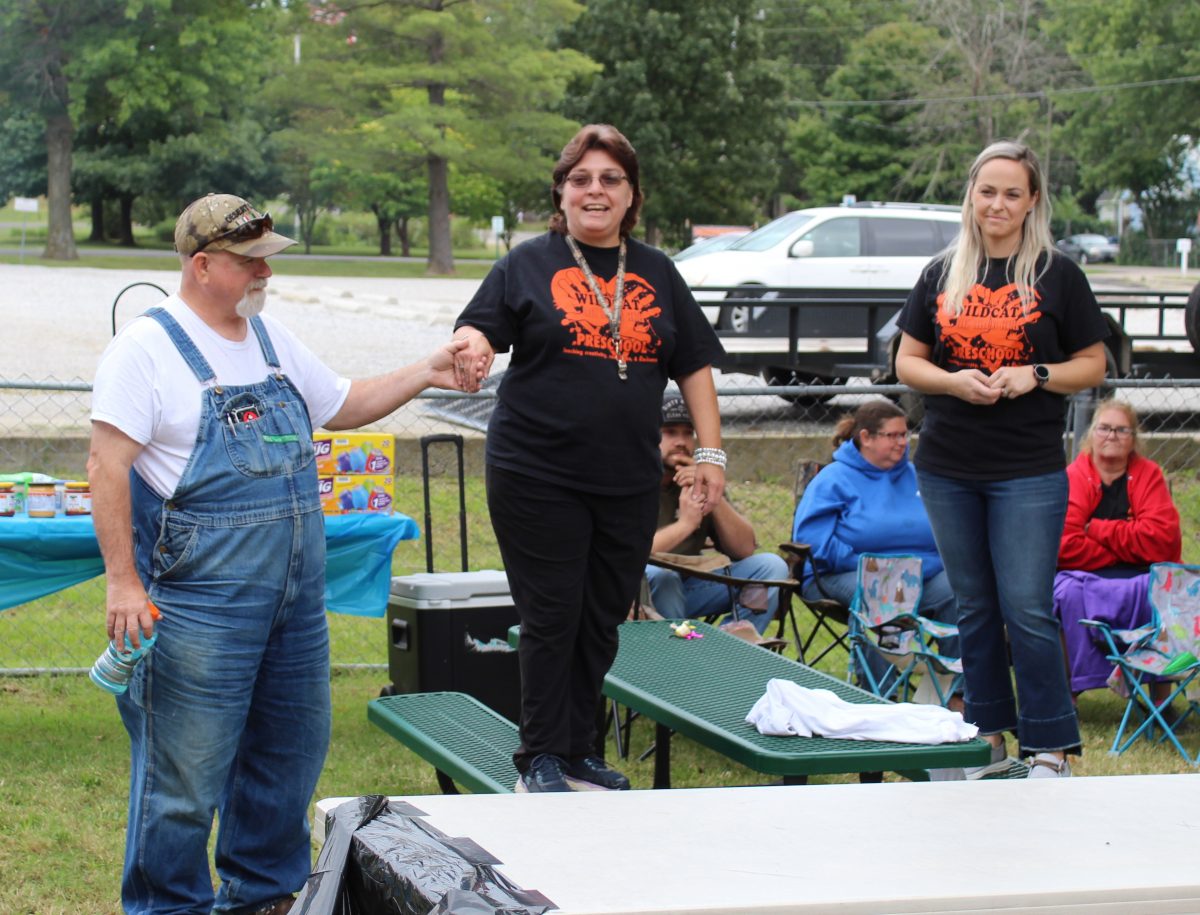 It was the beginning of the 2002-2003 school year when the Wildcat Early Learning Center opened its doors. On Thursday, September 22, 2022, they celebrated their 20th birthday with a cookout – hot dogs, hamburgers, party hats and noisemakers, and don’t forget – birthday cake! 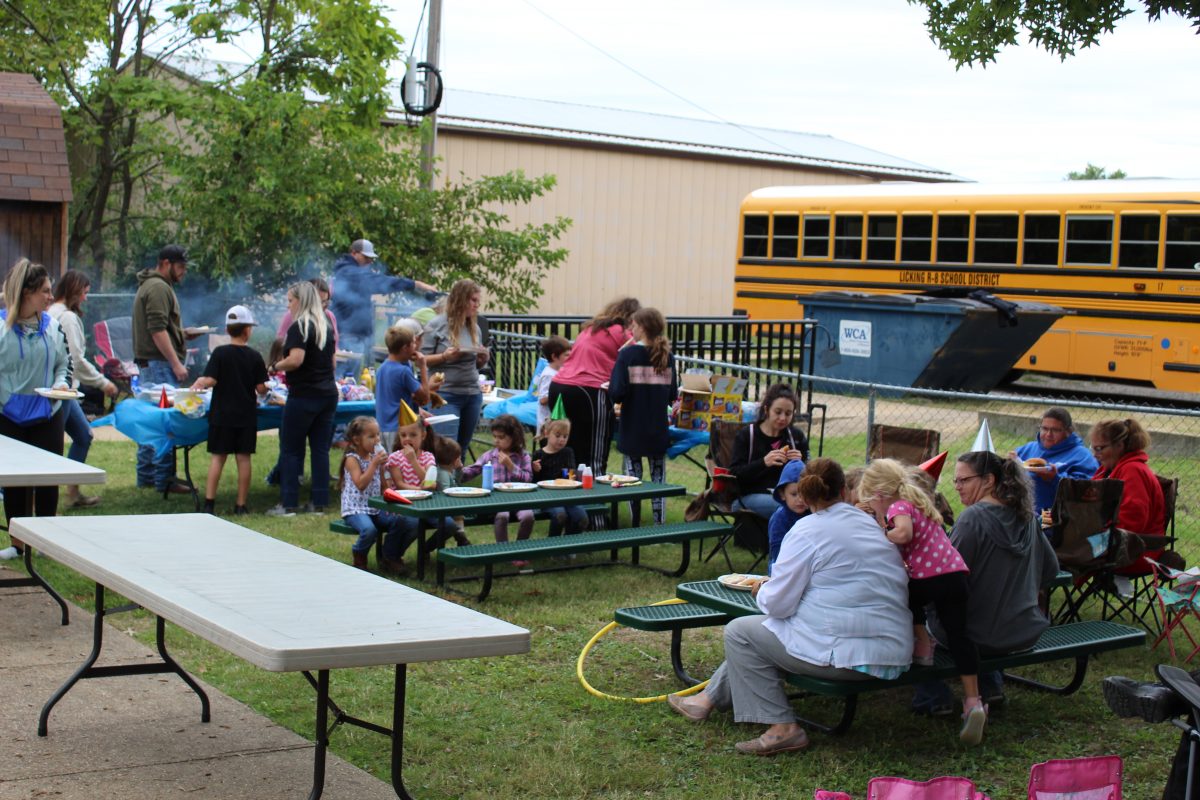 Photo by Shari Harris
Families gathered to eat hamburgers and hot dogs with all the fixings at the preschool birthday party.

Children gathered with their families, played games and enjoyed the playground equipment. The excitement of the children attending Thursday evening’s party was contagious, with some of the adults joining in on the fun.

Also attending the party was Mrs. Janis Rensch, the original director of the preschool, who, for eight years, guided children through their first year in a classroom.

When the preschool began, a grant was written for the Missouri Preschool Project program. The grant did not fully fund the Learning Center; parents were responsible for a daily tuition fee. Class size was (and still is) limited to 20. The first year, eight or nine children participated, Rensch recalls. That increased to 12-14 the second year, and they have been full with a waiting list every year since.

In the fall of 2010, Mrs. Rensch retired and Mrs. Teresa Clonts became the director. She remains in the role and has seen a dozen years of students pass through her doors. After a few years in the role, the program became fully funded under Title 1, and tuition is no longer required from parents. Children that participated in the Parents as Teachers (PAT) program are considered first for acceptance.

“It has been my honor to teach and work with the children in the community, and to watch them grow up,” says Clonts.

The love the children have for their preschool and their preschool teachers was evident Thursday. Clonts and Preschool Aide Mrs. Kandace Liveoak provide learning experiences for the preschoolers in the classroom and in the community, taking advantage of opportunities to learn when they present themselves. And they try to incorporate fun into the learning process, keeping the children engaged. It’s exciting to see what the next 20 years at the Wildcat Early Learning Center will bring.

“I look forward to pressing on, teaching many more children and watching them grow up to be young adults,” Clonts added.