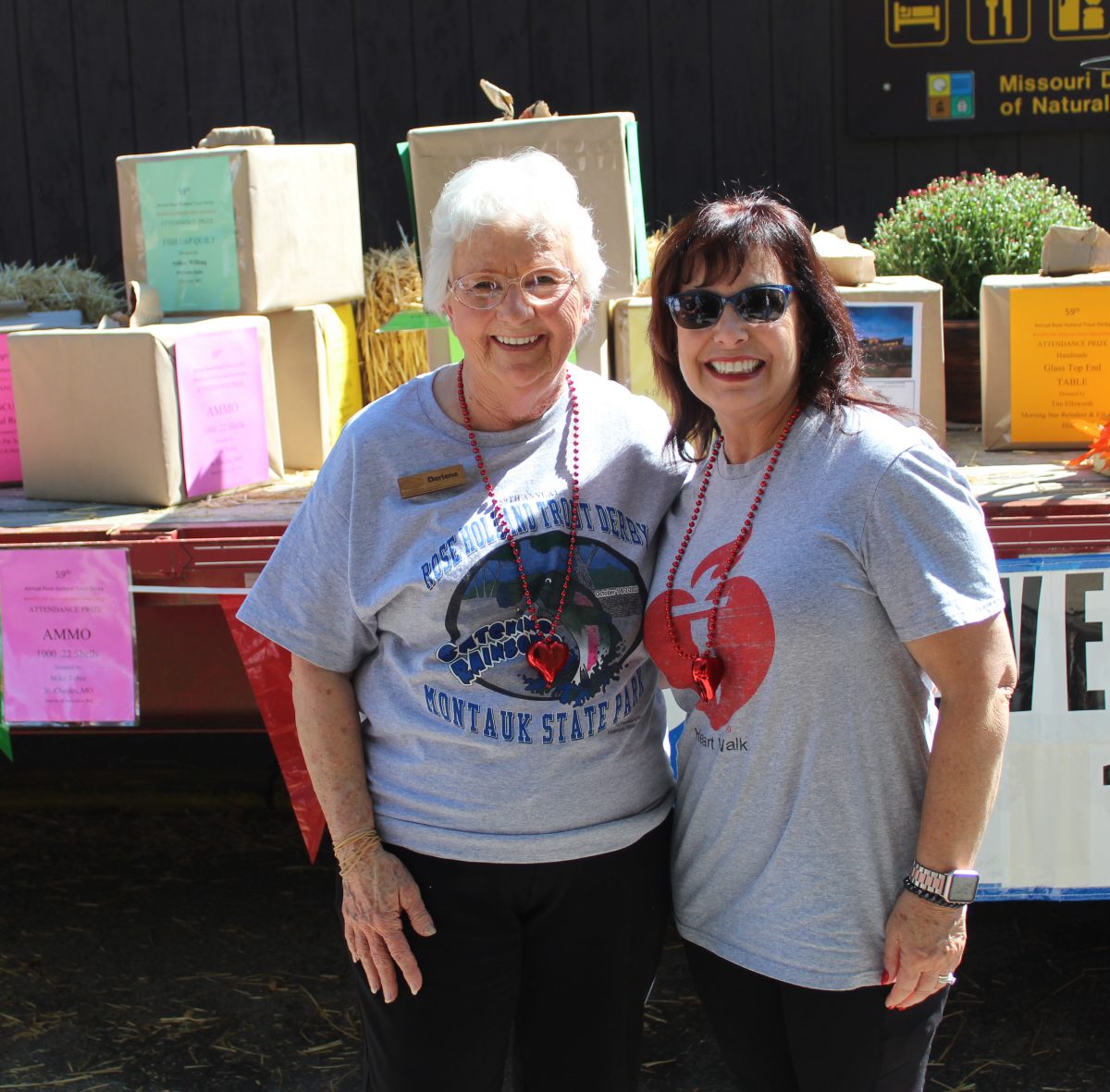 Photo by Shari Harris
Darlene Griffith, a driving force behind the annual Rose Holland Trout Derby, and Lisa Meagher, right, American Heart Association representative from the Springfield office, enjoyed the day and made plans to meet again next year. 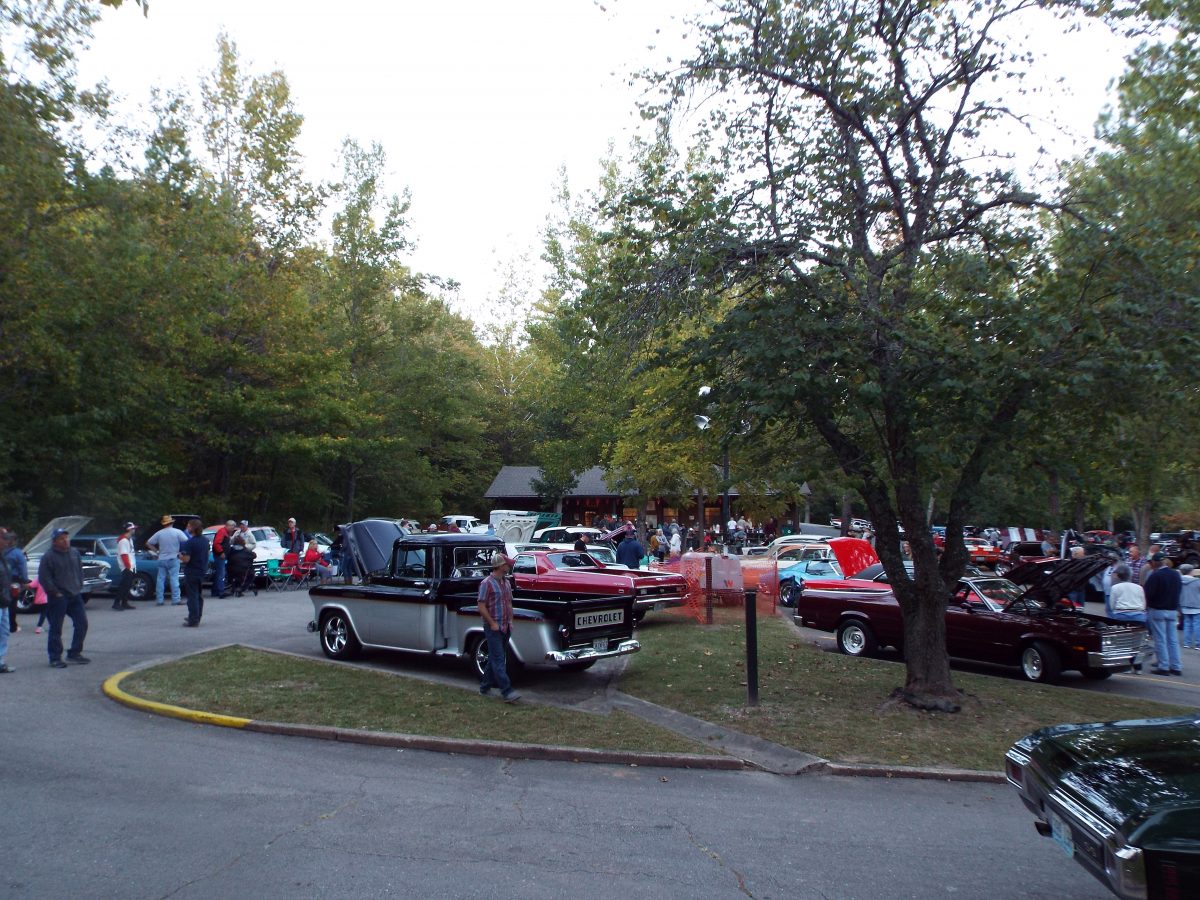 Photo by Christy Porter
The Current River Cruisers Car Club hosted the annual “Cruise into Montauk” car and truck show Friday evening at the Searcy Building parking lot at Montauk State Park. The event is held in conjunction with the 59th Annual Rose Holland Trout Derby, and while it was a free event, all donated proceeds benefited the American Heart Association. The showcase vehicles spilled over into the Dorman L. Steelman Lodge parking area before the evening was over. Mary Jo Cook with the Current River Cruisers Car Club said, “The turnout was great!” There were 58 registered rides with approximately 75 vehicles present. This year the event was held in memory of Lyal Chase, a member of the car club who passed away this year. Seaman Don Mahan, of Houston, took home the Park Choice trophy for his 1967 Chevy Camaro and David Medlock, of Steelville, took home the Longest Distance Driven trophy, attending with his 1957 Ford. A total of $1,458.75 was raised for the American Heart Association.

The 59th annual Rose Holland Trout Derby had beautiful weather and over 3,000 people registered to fish in this year’s event. The fundraiser, in total, collected $15,191.75 for the American Heart Association.

Friday evening, the fun began with the Cruise-In Car Show and Nature Bingo.

Saturday events included fishing, of course, hiking, kids inflatable toys (manned by the Montauk Volunteer Fire Department, a Country Store and Bake Sale, music all afternoon, and wrapped up with an auction.

Sunday morning fishing ended the derby, and many gathered in front of the lodge for awarding of prizes. Darlene Griffith and her team of volunteers drew for names and gave away a plethora of donated gifts. Prizes were then awarded to those who turned in tags recovered from fish caught during the derby. Austin Neiheiser, of Columbia, was the first tag drawn, and was awarded the Slippery Liz I trophy. Tristen Weitkamp, of Troy, received the Slippery Liz II trophy and a fly fishing outfit for the heaviest fish, a 9 lb. 10 oz. rainbow trout. Jeremiah Yount, of Festus, caught the heaviest brown trout, a three-pounder. The women’s heaviest trout, 2 lb. 2 oz., was caught by Lisa Brennecke of Bismarck. Four youngsters won cash prizes for the heaviest stringer – Brady Towry, of Fair Grove, 4 lb. 13 oz.; Alli Martin, of Sullivan, 4 lb. 9 oz.; Brady Towry, of Fair Grove, 4 lb. 8 oz., and Braxton Gott, of Birch Tree, 4 lb. 5 oz.

It was a fun derby for all. Griffith and her team are planning for a great event next year as well, to celebrate 60 years of the Derby.