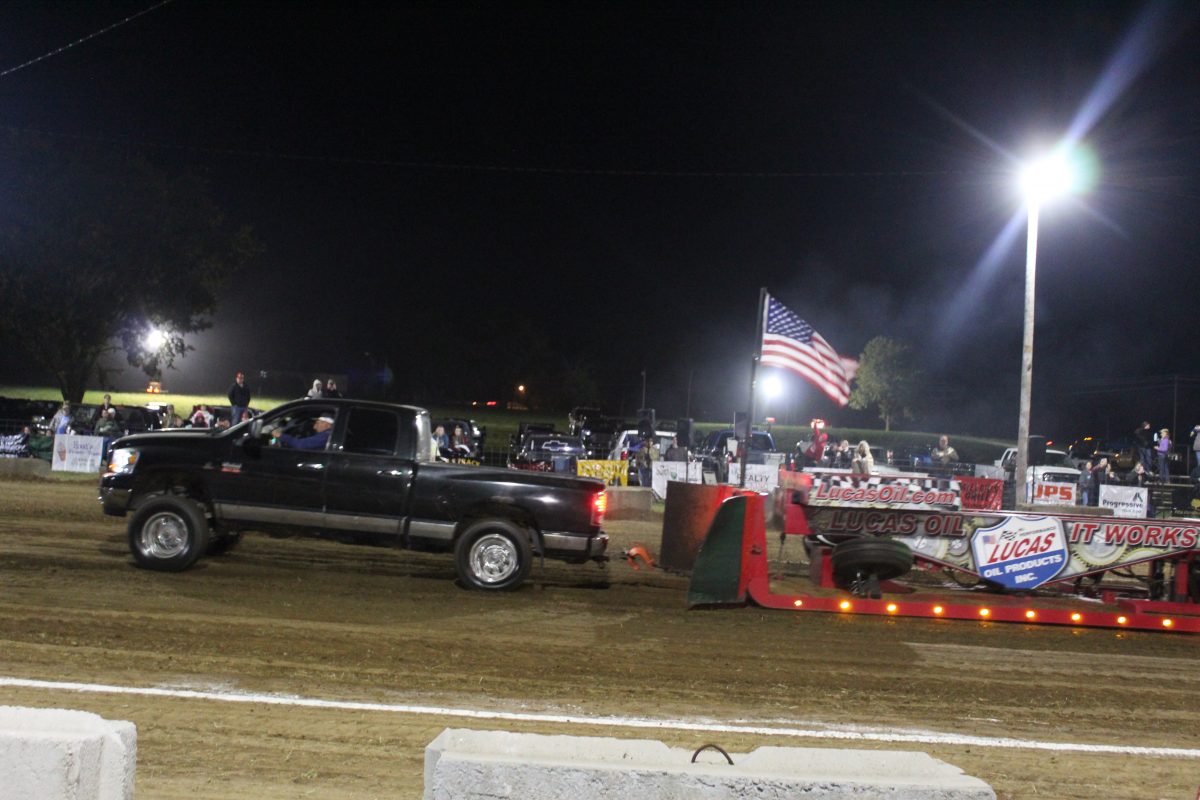 The cool evening didn’t deter the crowd, who watched the pull while enjoying cookshack burgers and snacks from the vendors. The FFA fundraising event was well sponsored by community businesses and individuals, and volunteers from Licking FFA, as well as many others, made the event a success.