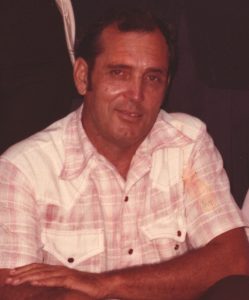 Paul lived most of his life in the Texas County, Mo., area. He was a professional coon hunter and raised many championship coonhounds. He loved the outdoors. You could most often find him camped alongside the riverbank training his coon dogs, fishing, and enjoying family and friends.

Paul most likely never met a stranger. He was loved by many. He has left us with a multitude of good memories.

A memorial service for Paul will be held on Friday, October 28, 2022, at 11 a.m. at the Licking Pentecostal Holiness Church with Rev. Erin McConnell and Eric Jones officiating. A memorial visitation will be held one hour prior, beginning at 10 a.m. A committal service with military honors will follow at Craddock Cemetery. Arrangements entrusted to Fox Funeral Home. Online condolences may be left at www.foxfh.net.