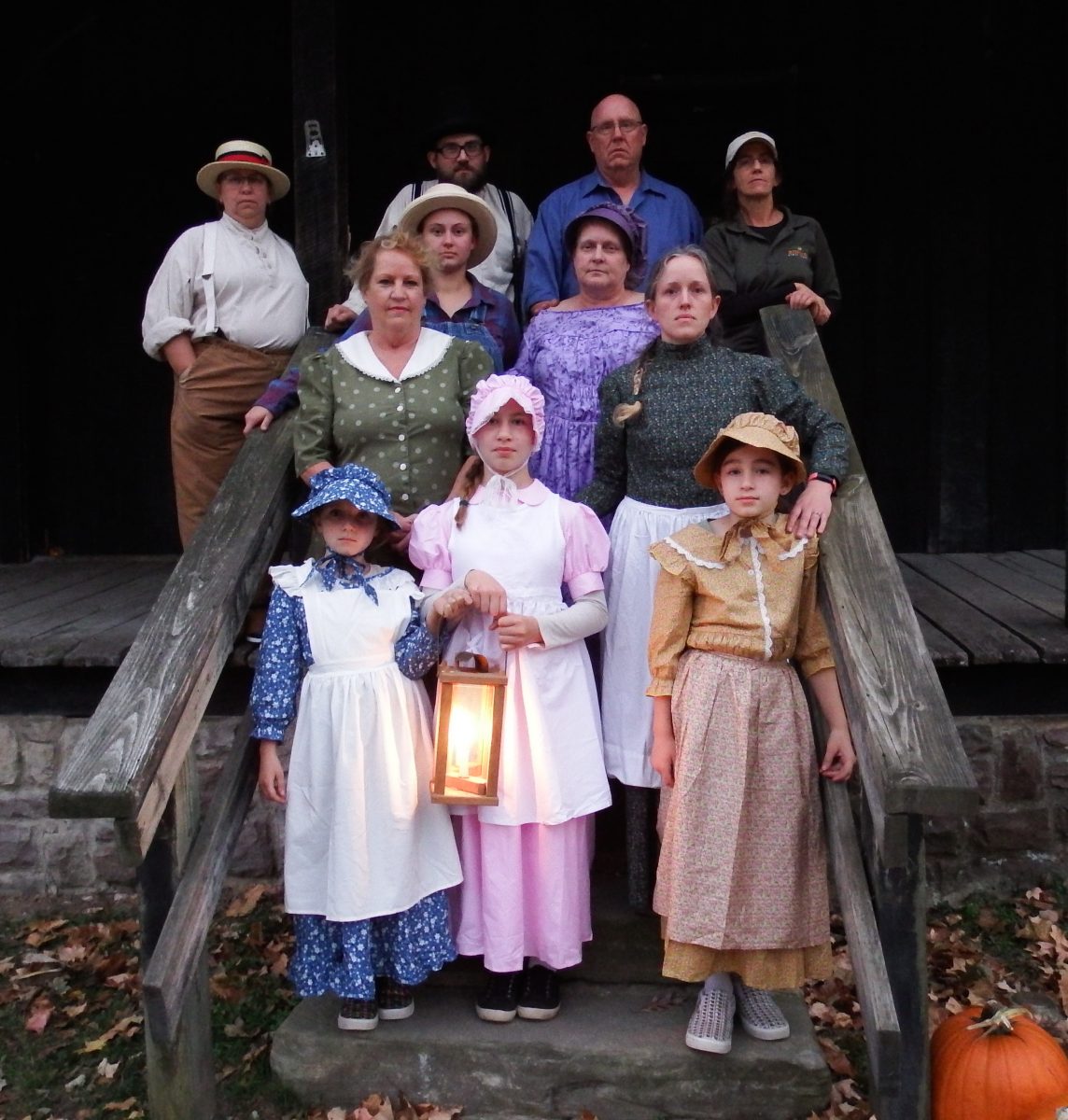 Saturday evening was the sight of an historical Haunting at the Mill in Montauk State Park. Old and young alike came out to hear stories from the past while touring the mill that was built in 1896, the first built away from the dangers of historic flooding. 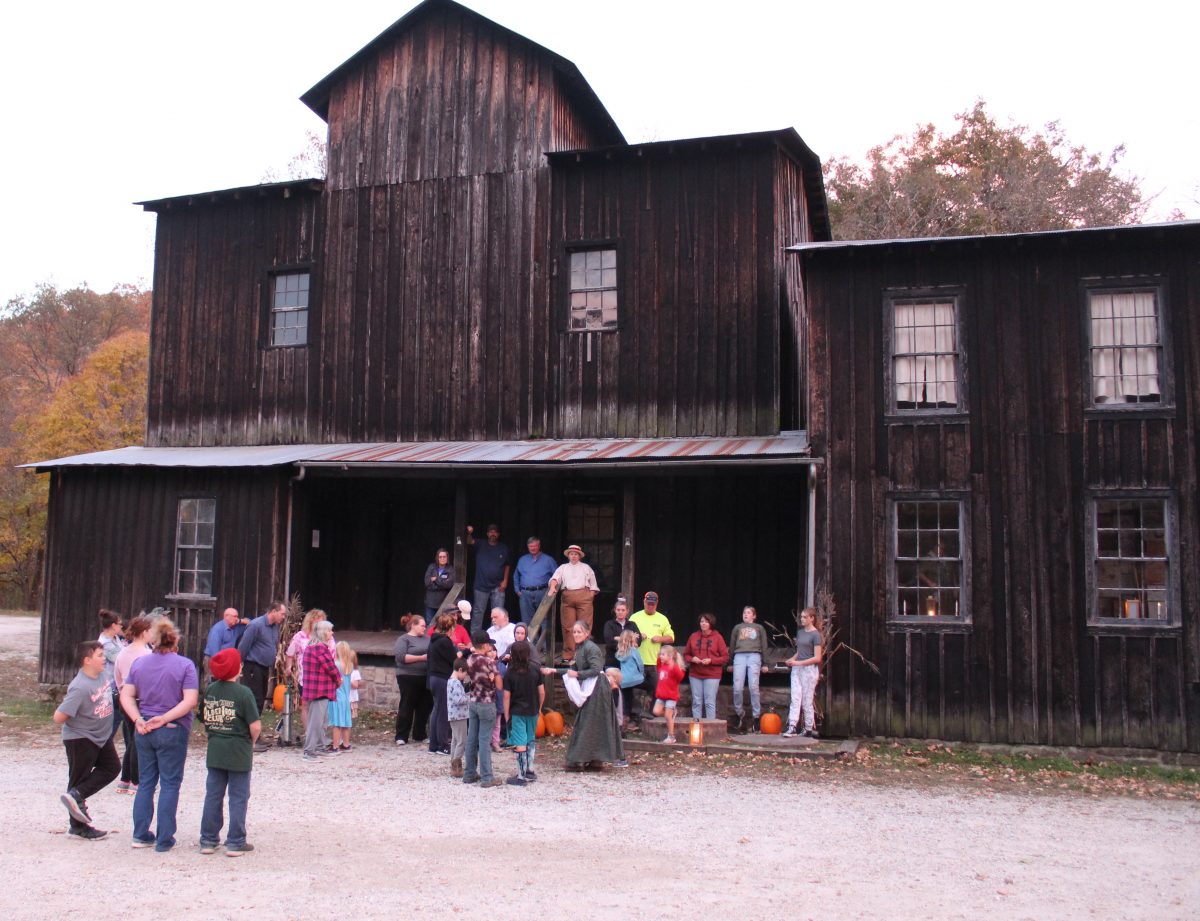 Photo by Shari Harris
Families enjoyed a hauntingly good time Saturday evening at the Haunting at the Mill.

Kristie Nelson, Senior Naturalist/Resource Interpreter at the park and tour guide greeted visitors. She then introduced the first ghostly figure, Melinda Cramer, the miller who also was the postmaster.

Nelson then opened the mill doors for admittance and explained the milling process of the corn and wheat that was so integral to the sustenance of the early settlers.

Storekeepers David and Jean Vangels then shared their wares and offered candy to attendees. Historically storekeepers were often cited as sharing a sweet treat with the younger patrons at the general store.

Preservation of the parkland and structures, purchased by the state in 1926, was aided by Civilian Conservation Corps (CCC) workers who did building and park maintenance while the nation fought to come out of a depression. Kaitlin Davis, one such worker, stayed on at the mill to share their story.

William Furry (Aaron Low), the millwright, struggled to tell his story, he had just been hit on the head with a piece of lumber, yet proudly told how the massive timber had been logged and then stacked horizontally to increase the stability of the mill.

A quartet of scholarly apparitions appeared just outside of the schoolroom. The Alred schoolmarm, Eva Beatle (Karen Dalbom), allowed the children to do a literary reading before taking students Aubrey, Lilly and Eva Low back inside to pursue their schoolwork.

Suzie Nichols (Cheri Low), a one-time resident who lived in a cabin on the Current River long ago, had lost her horse, Old Don. She was seeking assistance in finding him, but before she continued her search she also shared candies from her apron.

The final specter of the evening was an outdoorsman, telling his tales of living in the wilds of the early Ozarks. Park Superintendent Kaylyn Dalbom, with her canine friend, kept up her end of the conversation, as she now has much responsibility in the ongoing happenings at the park.

Bats at the mill slumbered on in spite of the event going on down below.