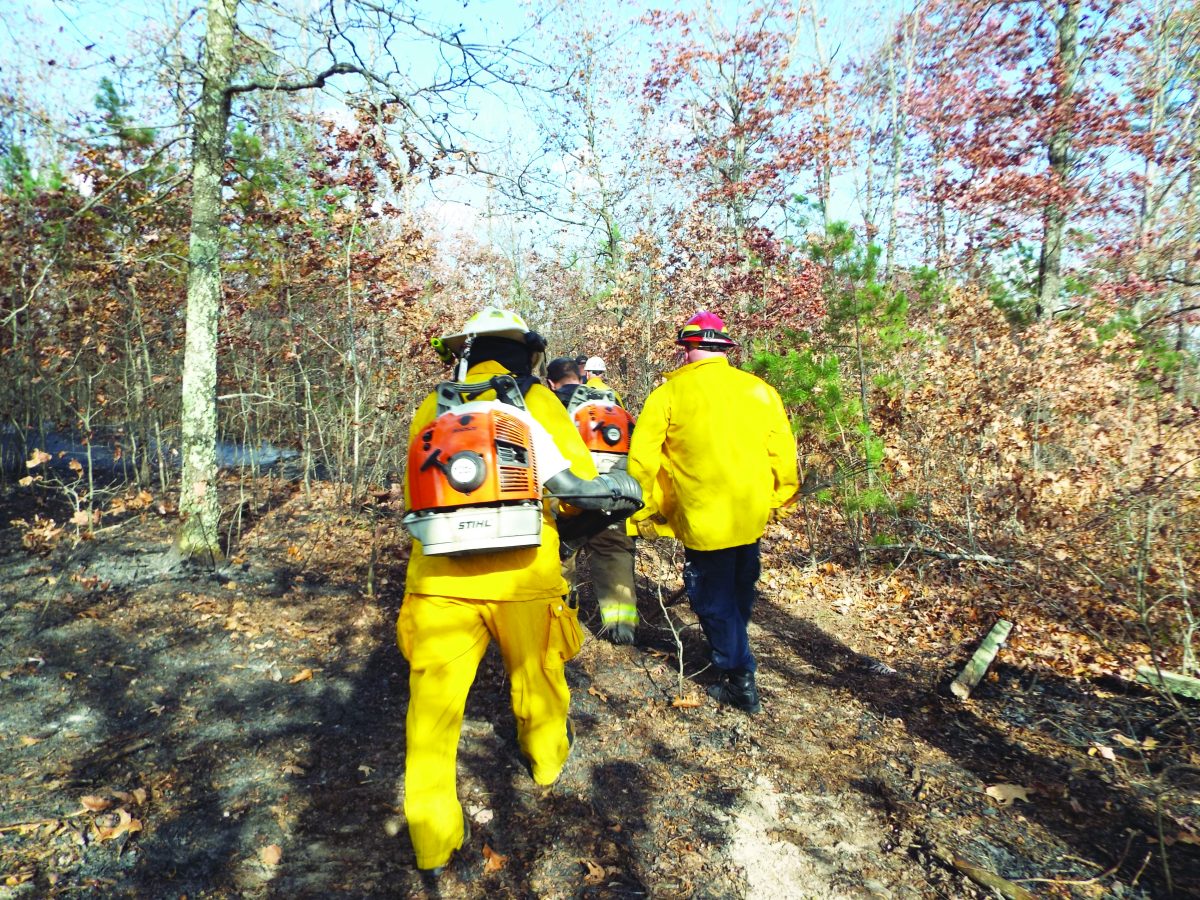 The Licking Rural Volunteer Fire Department responded to the call of a parked RV on fire Friday afternoon. The fire began approximately 1/4-mile west of the Dent County line on Highway VV and, mainly due to 30-40 mph winds, quickly spread to the surrounding countryside.

Approximately 20 acres had burnt, with likely 10 acres on each side of Highway VV, as all departments worked together and gained control by constructing burn lines.

According to Raymondville Fire Chief Mike Jackson, with the use of high-volume, heavy-duty leaf blowers and rakes, firefighters are quite capable of helping to contain the fire at a fire line in wooded areas.