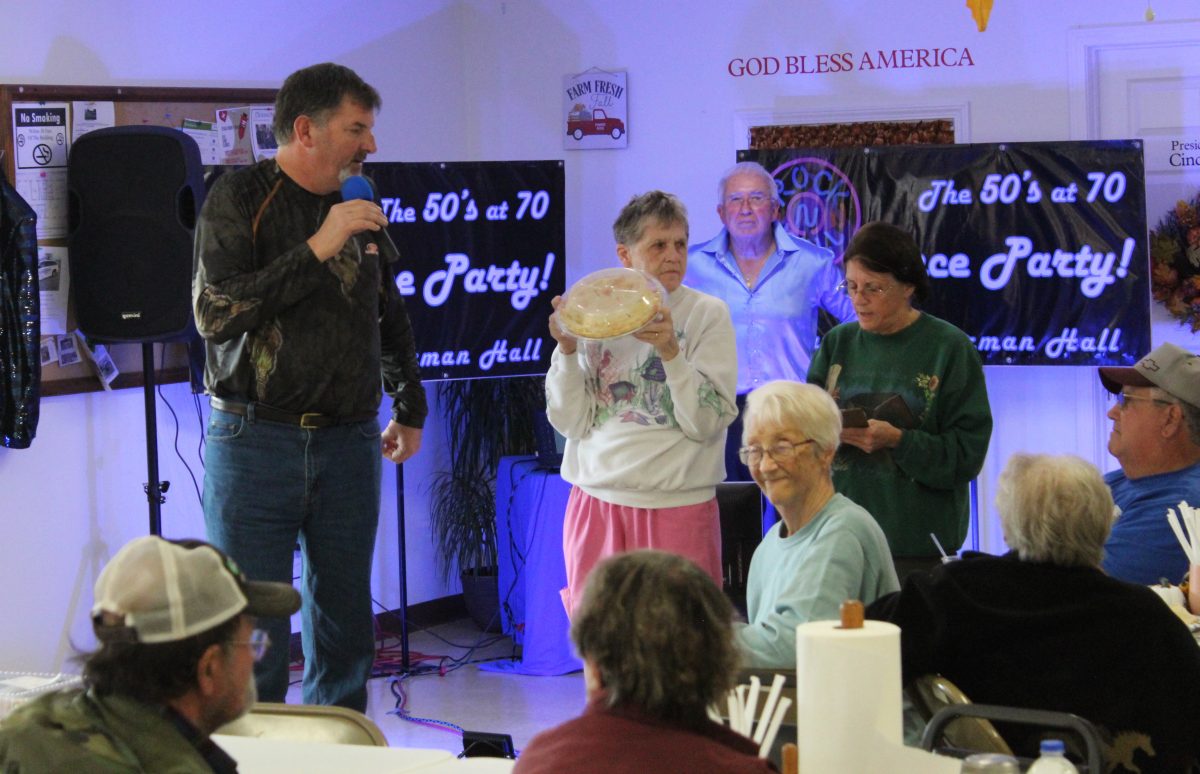 Photo by Shari Harris
From left, Auctioneer Jeff Foulks, with Rose Nabity and Renee Todaro assisting, offers a pie to bidders at Saturday’s dessert auction. Performer Herman Hall is shown in the background.

The Licking Senior Center celebrated their five-year anniversary Saturday with a packed house of 85 to 90 people.

Hamburgers and hot dogs were served for lunch, followed by the auctioning of a variety of delicious desserts. Auctioneer Jeff Foulks engaged bidders in raising funds for the Center, with nearly half of the total funds raised Saturday coming from the dessert auction. 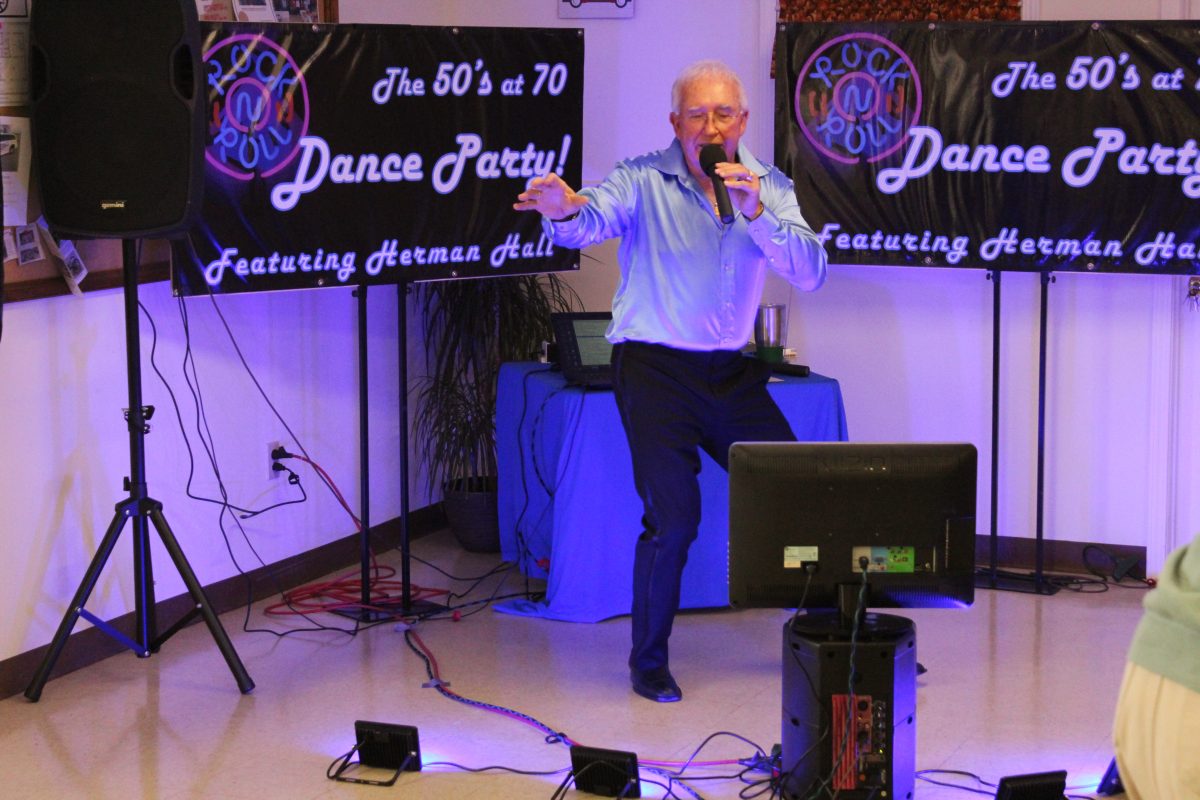 Photo by Shari Harris
Herman Hall brought his ‘50s at 70 Dance Party to the Senior Center and entertained the crowd.

Herman Hall performed his “‘50s at 70” show, to the enjoyment of the crowd. Hall sang favorite classic hits and is always a popular act at the center. 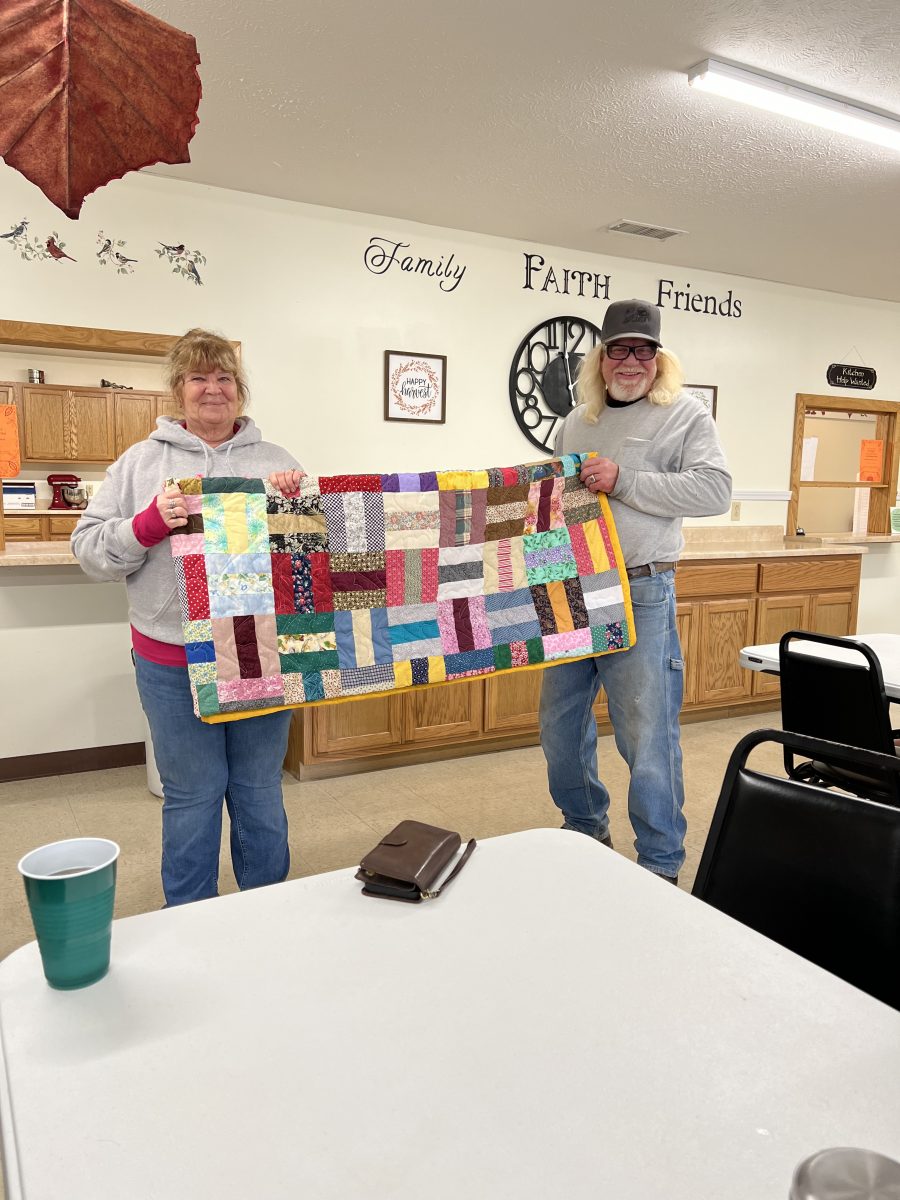 Photo submitted
Debbie and Rick Hausman are shown with the quilt Debbie won at the raffle Saturday. 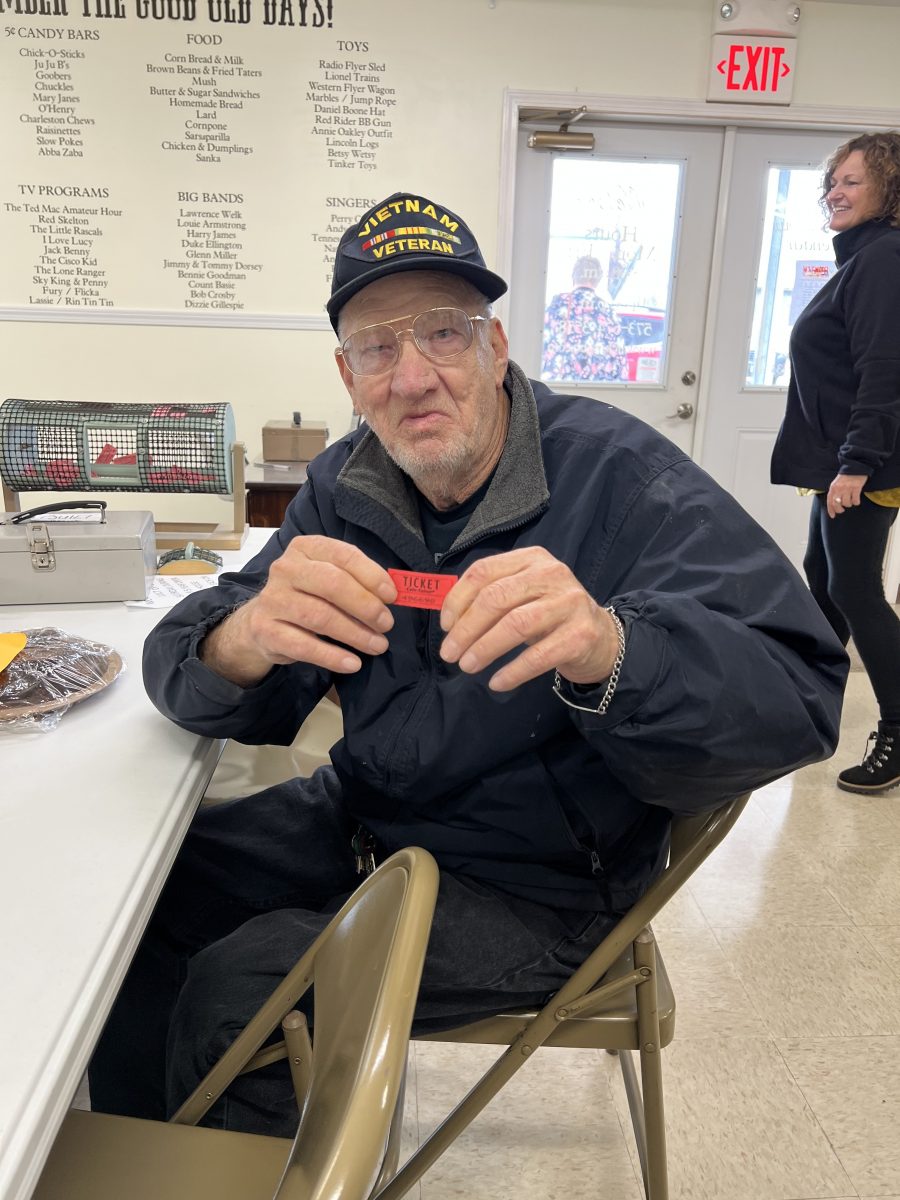 Photo submitted
Virgil Zeller won the 50/50 raffle and donated his winnings back to the Senior Center.

Drawings for a quilt raffle and a 50/50 raffle were held, with Debbie Hausman winning the quilt, and Virgil Zeller winning the 50/50 raffle, which he donated back to the Center.

Center Director Cindy Wampner reported over $1,700 was raised to help support the Center. A good time was had by all as they celebrated their fifth year as an independent entity from the State of Missouri.