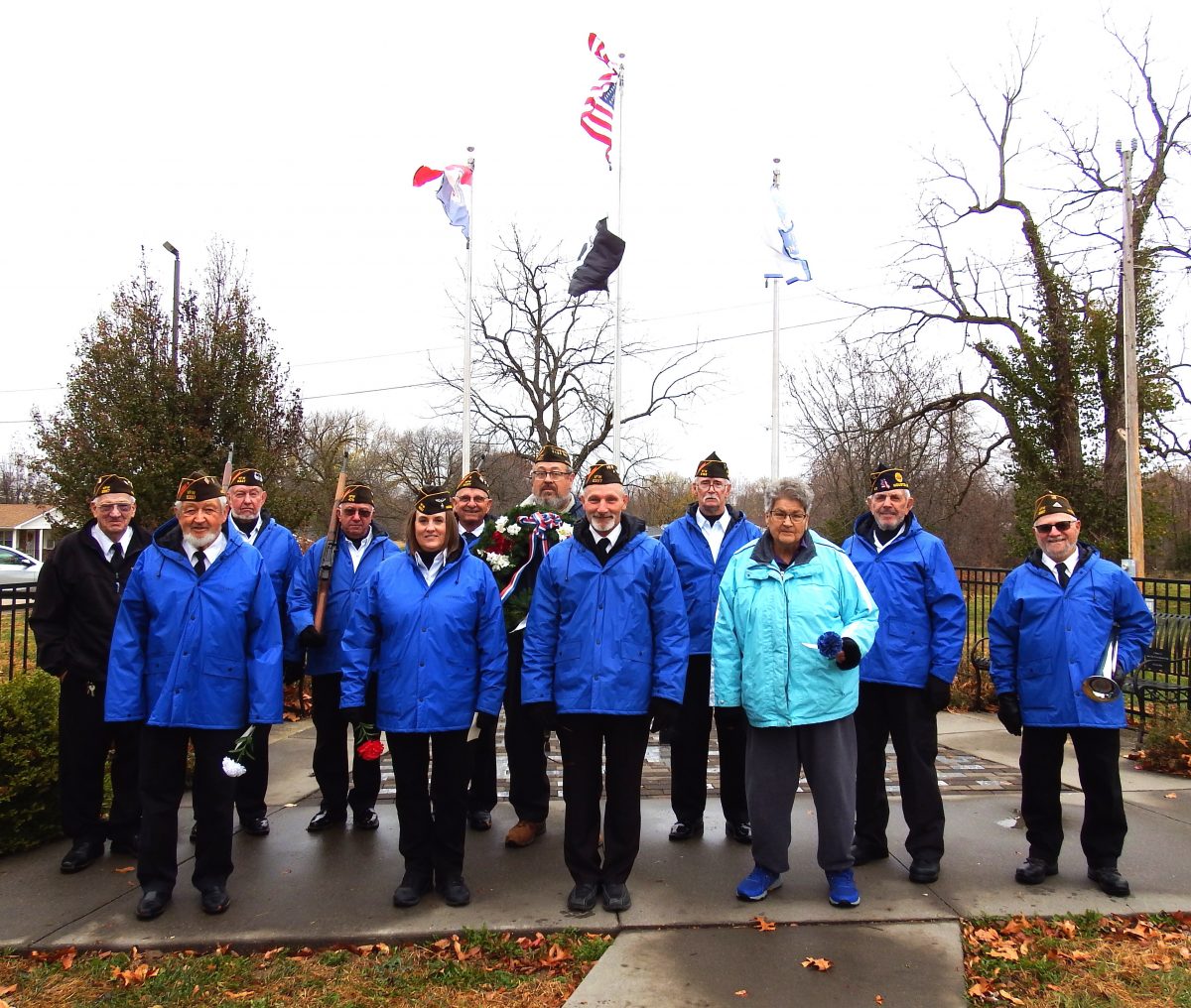 For the first time since COVID restrictions were enacted, the annual Veterans Day Assembly at Licking High School had all classes, elementary through high school, in attendance. Approximately 40 veterans from Licking and surrounding communities were at the event held in their honor. A Veterans Day rosary prayer and VFW Post #6337’s annual Veterans Day Service followed at the Memorial for the Fallen. Hickory Manor also celebrated their veterans Friday morning. 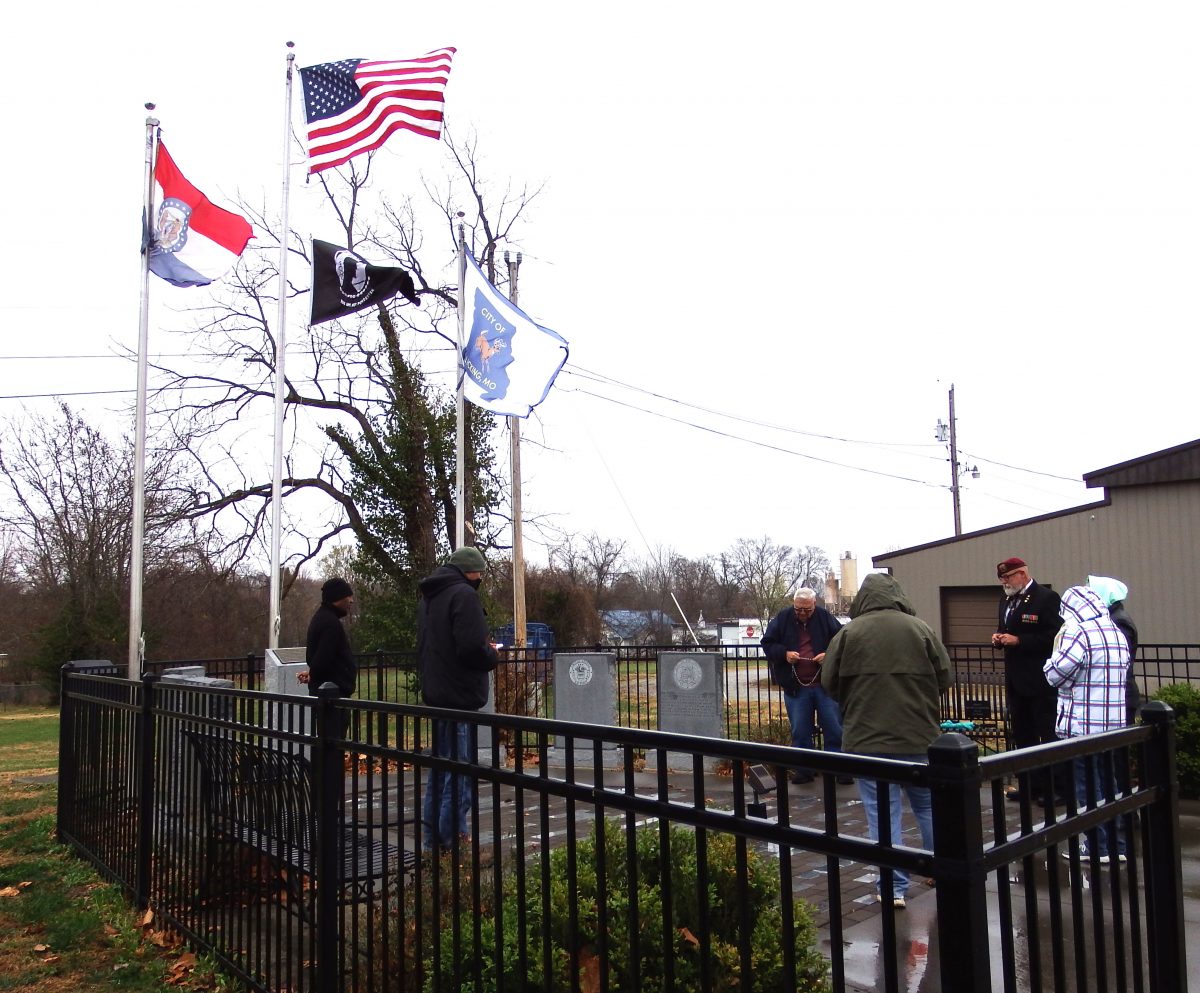 Photo by Christy Porter
St. John the Baptist Catholic Church members held a special Veterans Day rosary prayer at the Memorial for the Fallen prior to the Veterans Day Service.

The assembly was a group effort by the students. FFA members posted colors, and student council members led the program, including the pledge of allegiance. The LHS Girls Ensemble sang the National Anthem and the LHS band and choir performed America the Beautiful.

SFC (Ret.) Ed Monje was the guest speaker and engaged the students as he shared words to live by, ending with “Do something purposeful with your life.”

PFC Jarrett (JB) Huff, LHS class of 2021, also spoke, explaining the meaning of the Missing Man Table on display in front of the podium. Huff will deploy in January.

After the veterans were provided an opportunity to introduce themselves, two band members played Taps.

Superintendent Cristina Wright closed the program after presenting gifts to Monje and Huff for their participation. 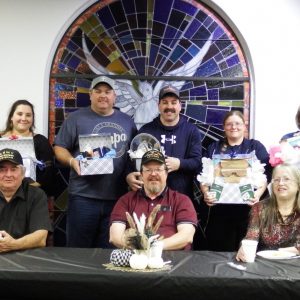 Spicy and sweet at LPHC’s Cook Off