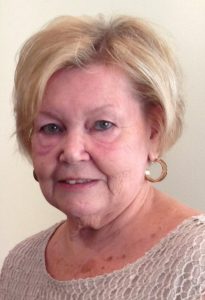 Beverlea Geraldean Knight, age 85, of San Felipe, Texas, passed away Friday, November 25, 2022, in Katy, Texas. Beverlea was born May 23, 1937, to Glen and Louise Leadford in Licking, Mo. She attended the Licking schools and graduated in 1955. In 1961, she and her first husband, Leroy Keaton, moved to Texas and left their beloved State of Missouri.

On November 3, 1967, she married Edward Knight of Boling, Texas. They made their home in Sweeny, Texas, for over 45 years. Beverlea loved to read, cook, shop and travel. She especially enjoyed trips she and Ed would take with her sister Sue and husband Don. She also was most proud of her grandson Jon Carter and her great grandchildren Harloe and Slade. She was affectionally called Gram Great by many. Beverlea was also a member of the San Felipe Methodist Church.

Beverlea is survived by her daughter, Kim Waldrop, of San Felipe, Texas; grandson, Jon Carter and wife Erica of Marshall, Texas; great grandchildren, Harloe and Slade; sister, Sue Hadley of Licking, Mo.; as well as many nieces and nephews.

Graveside services and interment will be at 11 a.m. on Friday, December 2, 2022, at Sweeny Cemetery, with Rev. Joel D. McMahon III, officiating.

The family would like to express a special thank you to The Veranda House Assisted Living in Sealy, Texas, for the care, love and concern shown to Beverlea. Most especially, Donna, Maria, Rose, Marie and Myrtle.