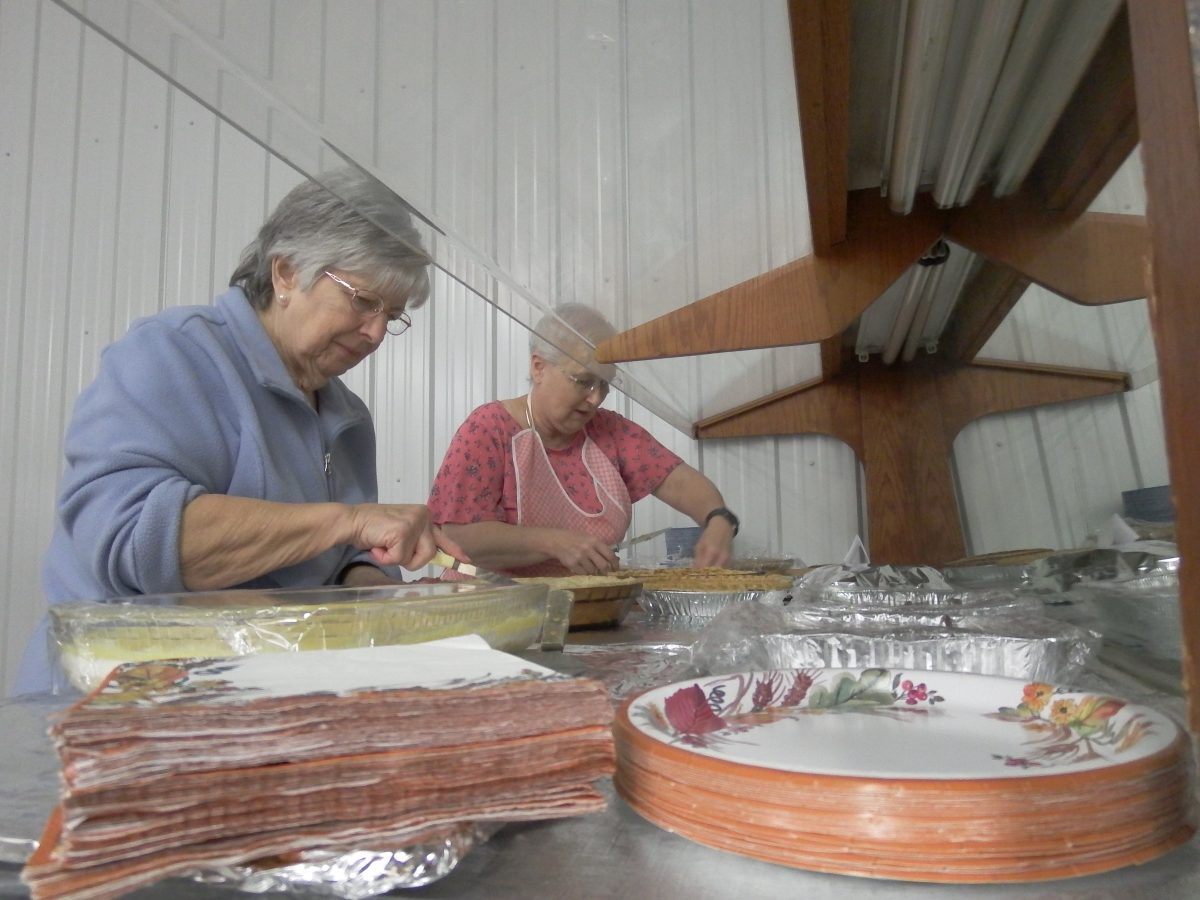 Photo by Christy Porter
Kay Hoffman (left) and Betty Perkins (right) prepare single servings of the pies and desserts for the Thanksgiving feast that was shared by so many.

The Licking Assembly of God hosted their 4th Annual Community Thanksgiving Meal on Thanksgiving Day at their fellowship hall. The community event was open to all, at no cost.

Brother Harvey Hoffman welcomed everyone and shared a heartfelt prayer of blessing and thanksgiving before attendees partook of the meal.

The community sharing the Thanksgiving meal has grown over the past four years, with approximately 90 attendees the first year. This year 200 meals were served; this included 125 dine-in dinners and 75 meals that were picked up or delivered.

Preparation began long before the meal was served, as volunteers baked the turkeys and hams, prepared the side dishes and desserts, and dressed the tables for a pleasant dining experience.

“Needs come in many forms; sometimes the need is simply to be part of a community. At Licking Assembly of God we hope to be a community who loves Jesus so much that his hope fills whatever need that may come through the door, and to do it with tangible expressions of Christ’s love,” expressed Outreach Pastor Larissa Satterfield.

As the volunteers were preparing leftovers for storage or to take home, a family called who had misunderstood the time. There was just enough of the Thanksgiving meal left for them to pick up and enjoy, leaving leftovers that consisted of exactly two pieces of pie and one piece of cake. While initially the generous donations of food seemed somewhat excessive, God’s provision, as always, was in perfect proportion to need.