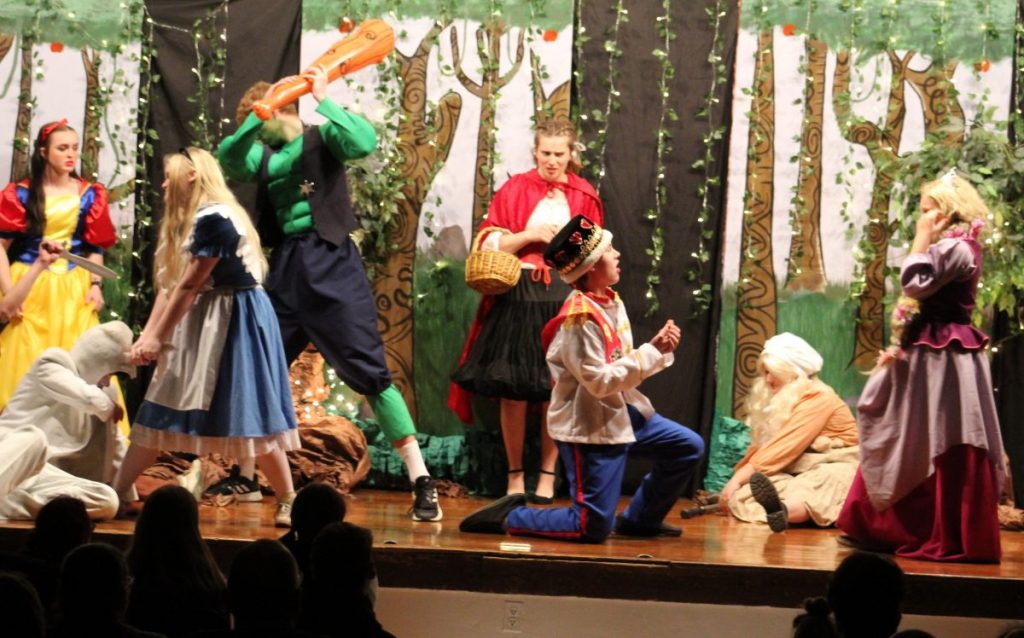 The Licking High School Drama Department presented three performances of “Chaos in Fairytale Forest” Thursday on the Licking Junior High School gymnasium stage. Shows for lower elementary, upper elementary, and an evening show for the public were given.