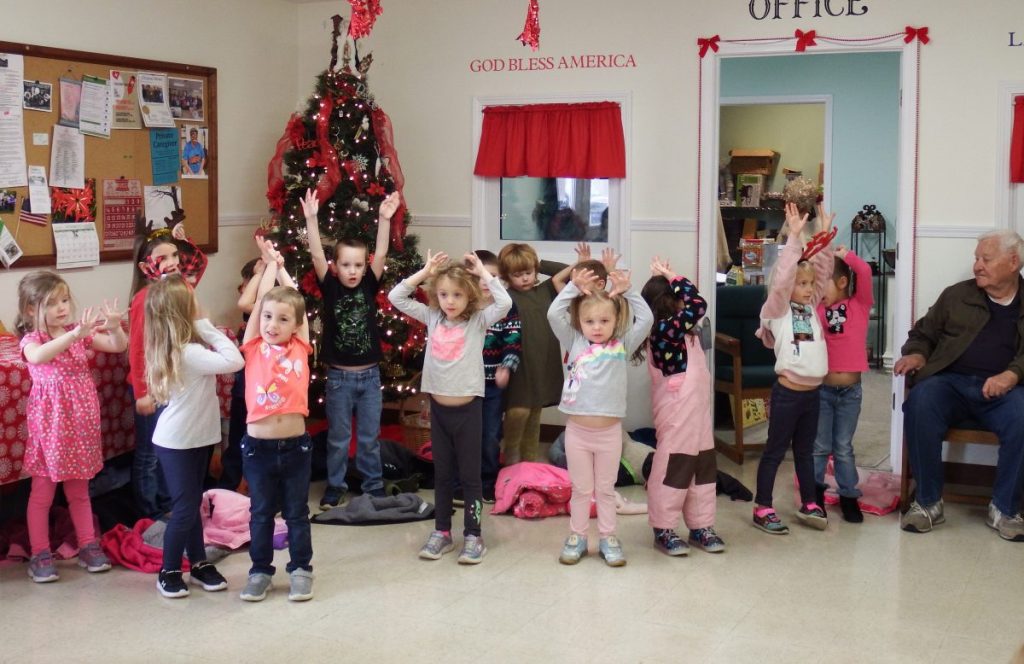 Photo by Christy Porter
Preschool students from Licking’s Wildcat Early Learning Center entertained with their Christmas carols at the Licking Senior Center, the final stop on their whirlwind tour of Licking. 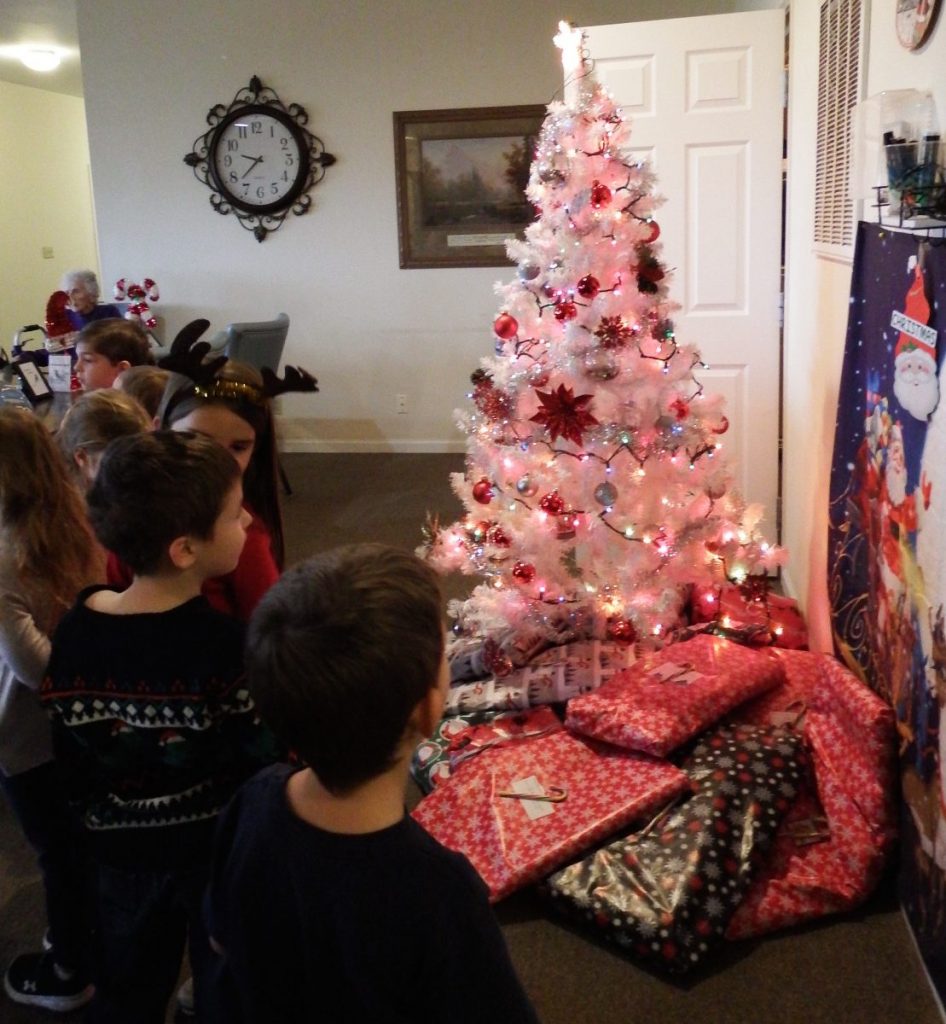 Photo by Christy Porter
Beautiful decorations at Licking Residential Care were enjoyed by the preschoolers. 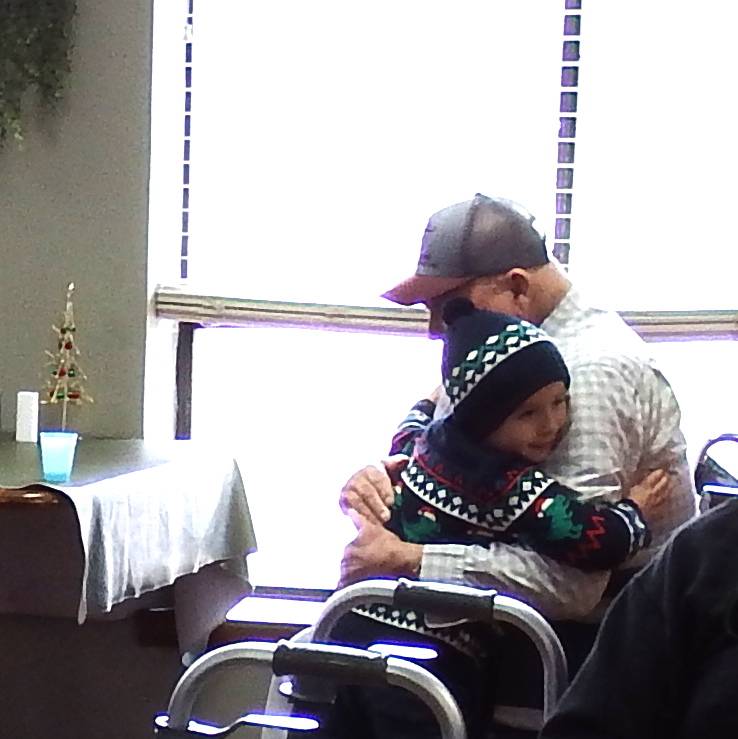 Photo by Christy Porter
The time spent interacting with the preschoolers may have been as important to the residents at Hickory Manor as hearing their carols.

Students from the Wildcat Early Learning Center had a very busy morning last Thursday as they brightened the day for others while Christmas caroling.

Hickory Manor Nursing Facility was the first stop for the 15 youngsters and their teachers, Mrs. Teresa Clonts and Mrs. Kandace Liveoak. With a repertoire of approximately five holiday favorites, they entertained the residents with the music, accompanied by hand and body motions.

The audience was attentive with smiles and clapping along when appropriate.

The residents also enjoyed the one-on-one greetings, hugs and short visits that followed the performance.

Licking Residential Care was the next stop for the carolers where they were greeted by friendly, smiling faces. The students exclaimed over the decorations and proceeded to “rock around the Christmas tree.” There was a lot of laughter and smiles as residents remembered the holiday songs and enjoyed an event that has not taken place since the pandemic.

After the performance, refreshments were provided for the students, which they enjoyed while sitting and visiting with residents.

The final stop was the Senior Center where they glided through their concert and gave final bows to the audience. Volunteers shared individually bagged treats with the performers, with several of them exclaiming, “I have an apple,” or noting that special something that caught their eye.

“We Wish You a Merry Christmas!” was their final performance at each location and they did great sharing their Christmas greetings.

They were then on their way back to the classroom for a much anticipated pizza party.