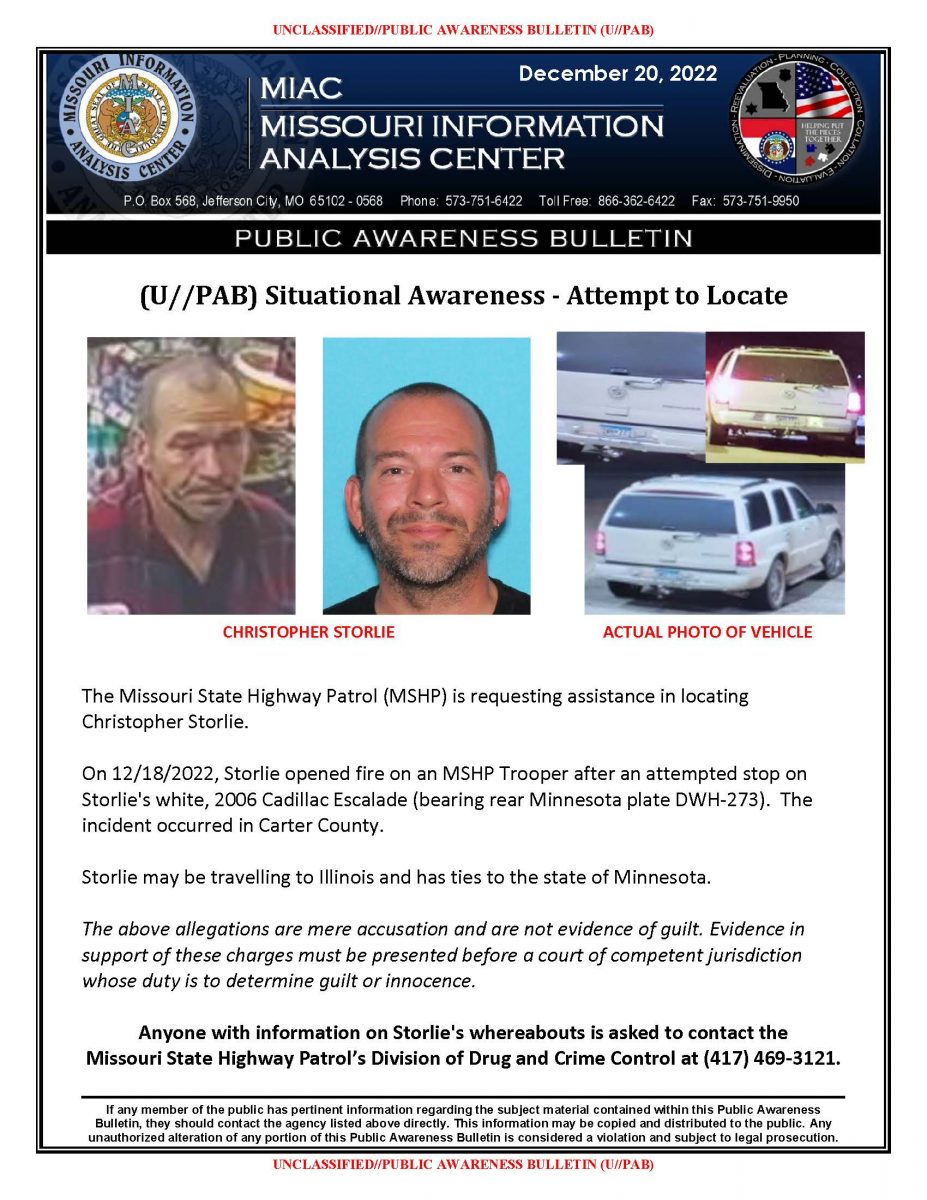 On December 18, 2022, at approximately 1:19 a.m., a Trooper attempted to stop a white, 2006 Cadillac Escalade, for failing to signal on Parsons Road, north of US 60 Highway, in Carter County. A short pursuit ensued, during which the suspect stopped his vehicle, exited, and began firing upon the Trooper. The Trooper’s patrol car was struck several times, but the Trooper remained uninjured. The suspect vehicle fled the scene, traveling in an unknown direction.

The driver has been identified as Christopher Storlie, 47-year-old, white male. The 2006 Cadillac Escalade displayed a Minnesota registration of DWH-273 on the rear of the vehicle. Storlie may be traveling to Illinois and has ties to Minnesota. The Missouri State Highway Patrol is asking for the public’s help in locating Storlie. Storlie should be considered armed and dangerous. Anyone with information regarding the described vehicle or subject is asked to call the Missouri State Highway Patrol, Troop G Headquarters, at 417-469-3121.