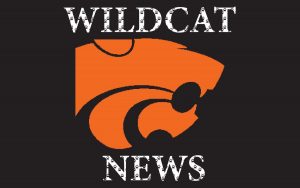 Licking outscored Laquey 86-52 to remain undefeated in the Frisco League Conference Friday, at the Sherman Hill Field House. The Wildcats’ first quarter lead of 24-11 foretold the outcome, and Licking advanced to a 7-1 record (3-0 conference).

Licking shot 65 percent from two-point range and the free throw line, but only connected 5 of 27 three-point attempts.

“It was the worst shooting night we have had this year. It’s nice to see we can still score 80 points when our shooters aren’t hitting. We tried a couple different things defensively from the first time we played them and I thought our guys did a good job of buying in. Forcing 30 turnovers is a stat our guys should be proud of. Hopefully we just keep getting better defensively and I know that our guys won’t shoot that bad collectively again, so we should just keep improving this year.” ~ Coach Mike Phillips

“The JV guys did a good job of sharing the ball tonight. Our size bothered them and we were able to get everyone a little playing time tonight which is nice.” ~ Coach Mike Phillips

Licking started the week with a win over Crocker Tuesday evening on the road. Licking put up 75 points against 52 for Frisco League rival Crocker. The Wildcats won every quarter to build their lead over the Lions.

“We did a good job of staying under control. Crocker wants to turn you over and we took care of the ball. We shot well and shared the ball well enough to get our teammates opportunities. I appreciate the way the boys are playing right now. I feel like the boys are buying in and playing hard right now. I like watching us play. ~ Coach Mike Phillips