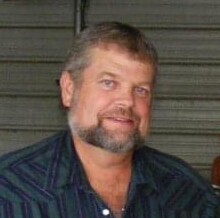 Barry Wayne Wisdom was born August 30, 1952, in Salem, Mo., to Yewul and Berniece (Gromer) Wisdom. He was wed to Lisa who he shared the last 20 years of life’s adventures with. He passed away unexpectedly on December 20, 2022, in Iberia, Mo.

Barry was a country fella through and through. He never met a stranger. He loved farming and watching his cattle herd grow. He had a love for the land, truly appreciating God’s work. He often traveled and was always captivated by the beautiful scenery and animals in the many states he visited.

Barry enjoyed fishing, hunting, yard sales, flea markets, collecting all kinds of things, and spending time with his family and friends. His face would light up with a huge smile and outstretched arms when his grandchildren came running toward him yelling “PAW-PAW!” He often boasted about having 26 grandchildren and had at least one story he loved to tell about every single one. His life love was spending time working with his sons in the logwoods and driving his trusty white Peterbuilt log truck he called Casper. He took much pride in timber harvesting and everyone knew he felt most at home out in the logwoods doing what he knew best.

Barry has met many people throughout his life that call him a friend. Each one could tell you hilarious stories about their time together. Barry was quick witted and loved to be a jokester. He thoroughly enjoyed and would go to great lengths to make his family and friends laugh. He was as ornery as the day was long and there wasn’t a person who knew him that he hadn’t “picked on.” If you needed an answer about ANYTHING, Barry would have it for you. You may not know this about him, but he knew everything. In all seriousness though, anyone who has spent time with him will tell you they learned a lot from him.

Barry is preceded in death by his infant son, Barry Dewayne Wisdom; parents, Yewul and Berniece; and his brother, Yewul Wisdom, Jr.