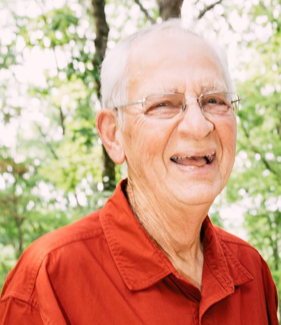 Harold Clinton “Clint” Durham, age 83, passed from this life on December 4, 2022, at Cox Hospital in Springfield, Mo., from a rare blood cancer and complications of COVID. He was living at the home of his daughter, near Springfield, Mo., at the time of his passing.

Clint Durham was preceded in death by his parents, Harold and Viola Durham. He is survived by his wife, Patricia; daughter, Debra Durham Gunter and husband, Rick of Sparta, Mo.; son, Steve Durham and wife, Jennifer of Shreveport, La.; one brother, Donald Durham, of Kansas City; three grandchildren; three great-grandchildren; and several nieces and nephews.

After high school, Clint served in the U.S. Army Reserves. Clint was united in marriage with Patricia Kay “Pat” Hutsell on August 21, 1960. He attended two years of college at SMS in Springfield, Mo. For many years, he and his wife were co-owners of the Piney Inn Hotel in Houston, Mo. He and his father-in-law, Perry Hutsell, rebuilt the buildings on the west side of Grand Avenue between the Piney Inn and IOOF Lodge. Later Clint and Pat operated a plant shop and aquarium/pet store, and then the Redbud Gardens Center.

Everyone who knew him appreciated his friendly smile, his stories, and humor. Clint and Pat retired to Norfork, Ark., where he spent his retirement fly-fishing for trout in the North Fork River, tying his own flies, traveling to National Parks and maintaining a large private garden.

Per Clint’s request, a private Celebration of Life will be held for family and close friends at a future date. Memorial contributions may be made in his name to Boone Creek Baptist Church, 10864 Highway 137, Licking, Mo., 65542.