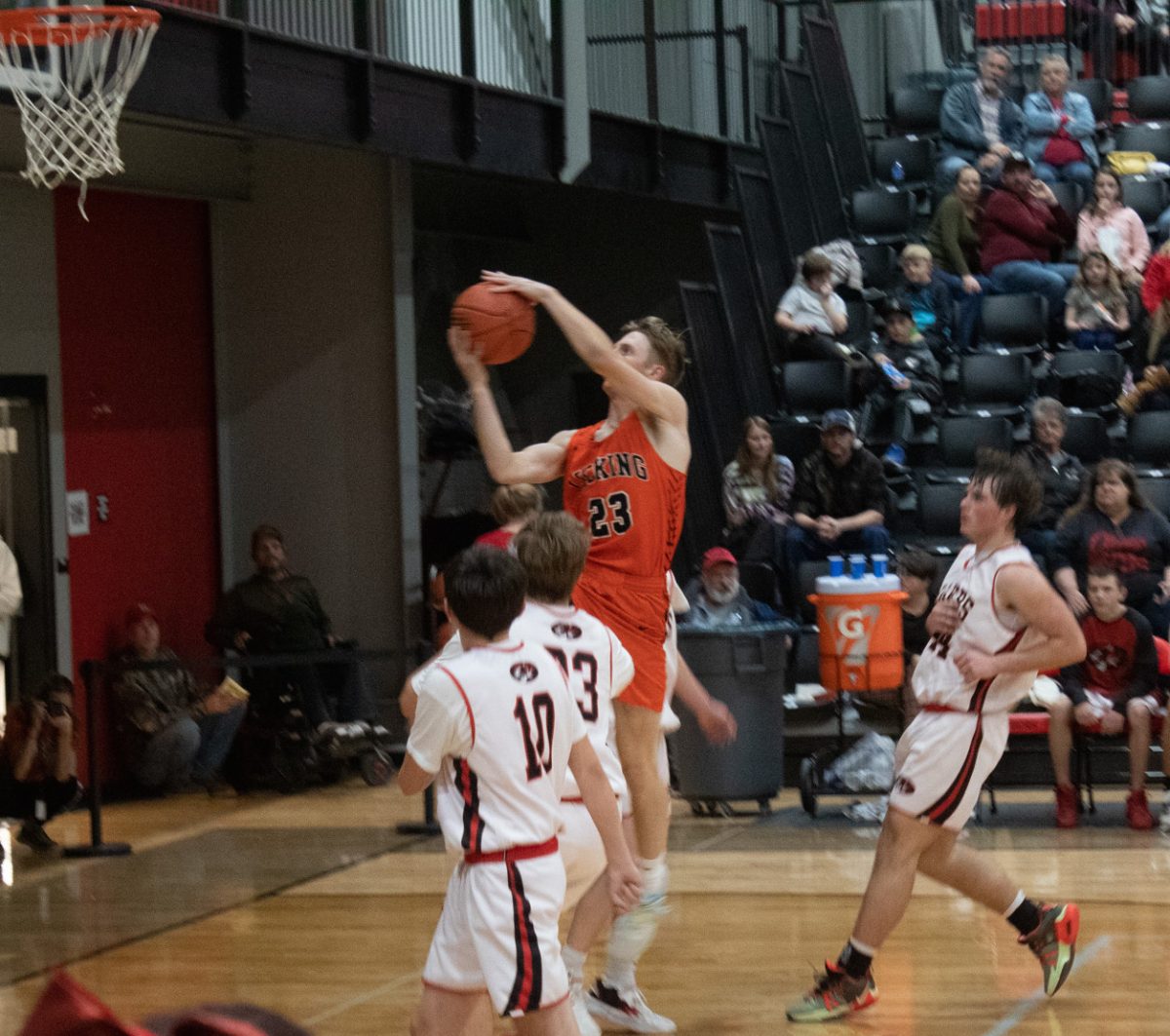 Photo by Winter Murray
Keyton Cook leaps above the Tiger defense to take a shot.

Just 24 hours after the Lady ‘Cats lost to Houston in Licking, the Wildcats traveled to Houston and defeated the Tigers on their home court.

Brady Brookshire led scoring for Houston with 13 points. Houston’s record fell to 0-8 with the loss.

“We started off slow, but we were able to start speeding them up in the second and third quarters. A great defensive game by our guys. We did a good job of getting everyone some open looks and had fun cheering for each other.” ~ Coach Mike Phillips

Licking competes in the Cabool Holiday Tournament this week. Third seed Licking defeated 14th seed Viola, Ark., in the first round Monday, 72-52. They were scheduled to face the winner of the Summersville/Salem game in the quarterfinal round Tuesday.