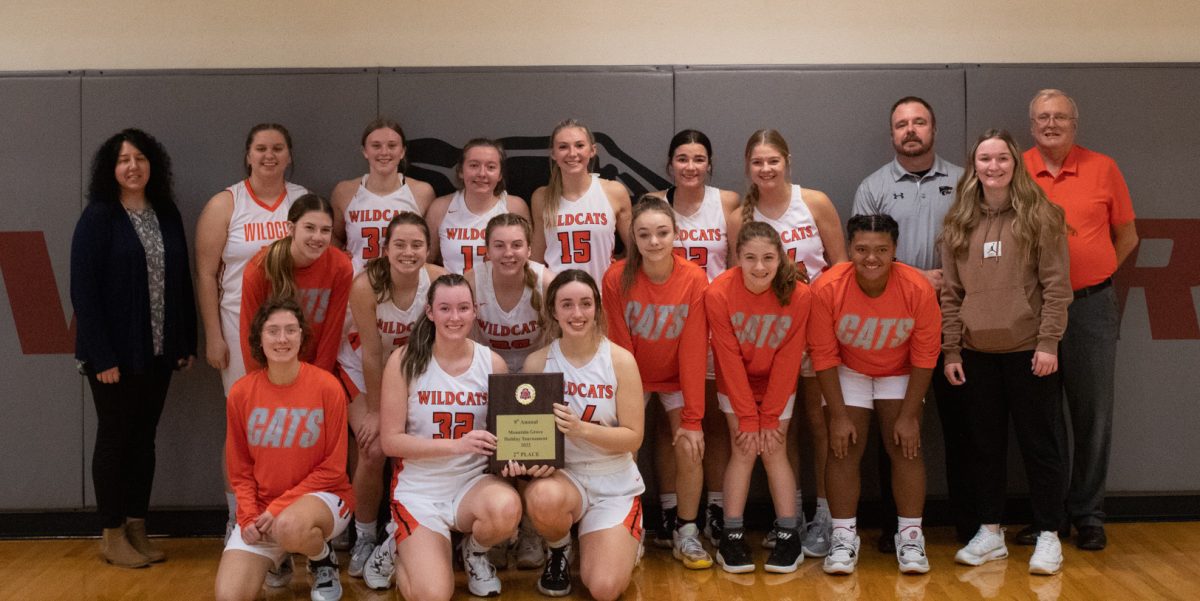 Photo by Winter Murray
The Licking Lady ’Cats won three consecutive games before a loss to Mansfield in the championship game, to earn second place in the Mountain Grove Holiday Tournament.

The Licking Lady ’Cats entered the Mtn. Grove Holiday Tournament on Monday, December 26, as the first seed, followed by Chadwick, Mansfield and Mtn. View/Liberty. The sixteen team double-elimination tournament saw games played for four consecutive days, with the final round on Thursday, December 29.

Licking faced #16 Summersville in the first round, and won handily, 55-11.

The semi-final round on Wednesday pitted Licking against #4 Mtn. View/Liberty, final score Licking 54, Liberty 44. Chadwick, seeded second, faced #3 Mansfield in the lower half of the bracket, and was upset by the lower seed, Chadwick 48, Mansfield 52.

The final round on Thursday began with Willow Springs defeating Seymour for consolation. Norwood came out ahead of Salem to take 5th place in the tournament. Chadwick won third place with their 42-38 win over Mtn. View/Liberty. In the championship game, #3 seed Mansfield scored another upset, defeating the Licking Lady ’Cats 49-36 to take the championship trophy.

Senior Abbie Sullins and junior Hannah Medlock were named to the All-Tournament team.