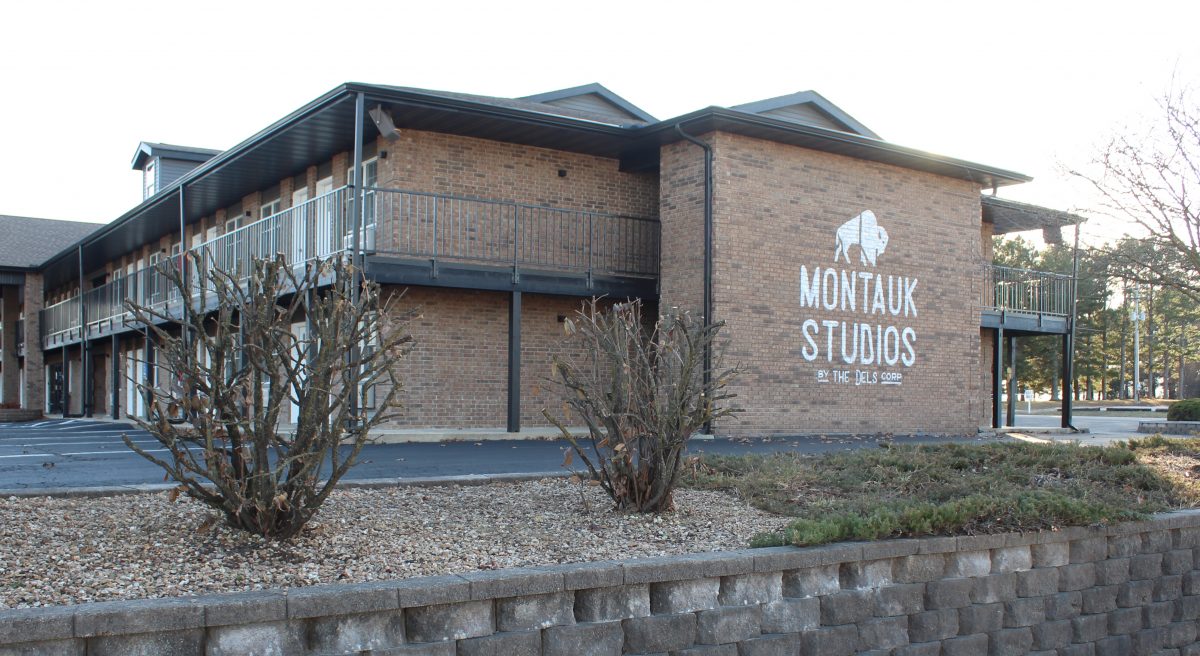 Photo by Shari Harris
Montauk Studios’ location is on Highway 63, just a block south of the Highway 32 junction.

A new sign, Montauk Studios, on the north side of what once was the Scenic Rivers Inn heralds a new style of living in Licking, studio apartments.

The apartments are limited to one or two residents only, and are “inspired by minimalism and eco-conscious lifestyles,” according to the website of the Dels Corporation, which renovated the building.

The monthly cost of a studio includes water, sewer, trash, electric and internet, and included in the amenities are a common kitchen area, an indoor swimming pool and a workout room.

The Dels Corporation has renovated eleven properties in a region stretching from northern Arkansas to south central Missouri. One of their goals is to develop properties that will offer communities affordable single-unit housing. Many of their locations were abandoned or vacant buildings, and they pride themselves on the positive effects their renovations have had on rebuilding communities and reducing the drag on surrounding property values.

Mark Bertel, founder and CEO of The Dels Corporation, which is headquartered in Mountain Home, has another goal he would like to accomplish with his properties – building community. An online portal is being designed that will allow tenants to interact with their neighbors, plan community events and learn about new things to do in their neighborhood. The hope is that the portal will “bridge the gap between walls to create tight-knit & supportive communities wherever we provide housing,” says their website. “We want to make places that feel like home, not just a place to live.”

Bertel has taken a strong personal interest in his properties, and hopes they are well-received in the communities where they are located. If you would like to learn more about studio apartment living, pictures of the newly renovated Montauk Studios are available on their webpage, www.thedelscorp.com.