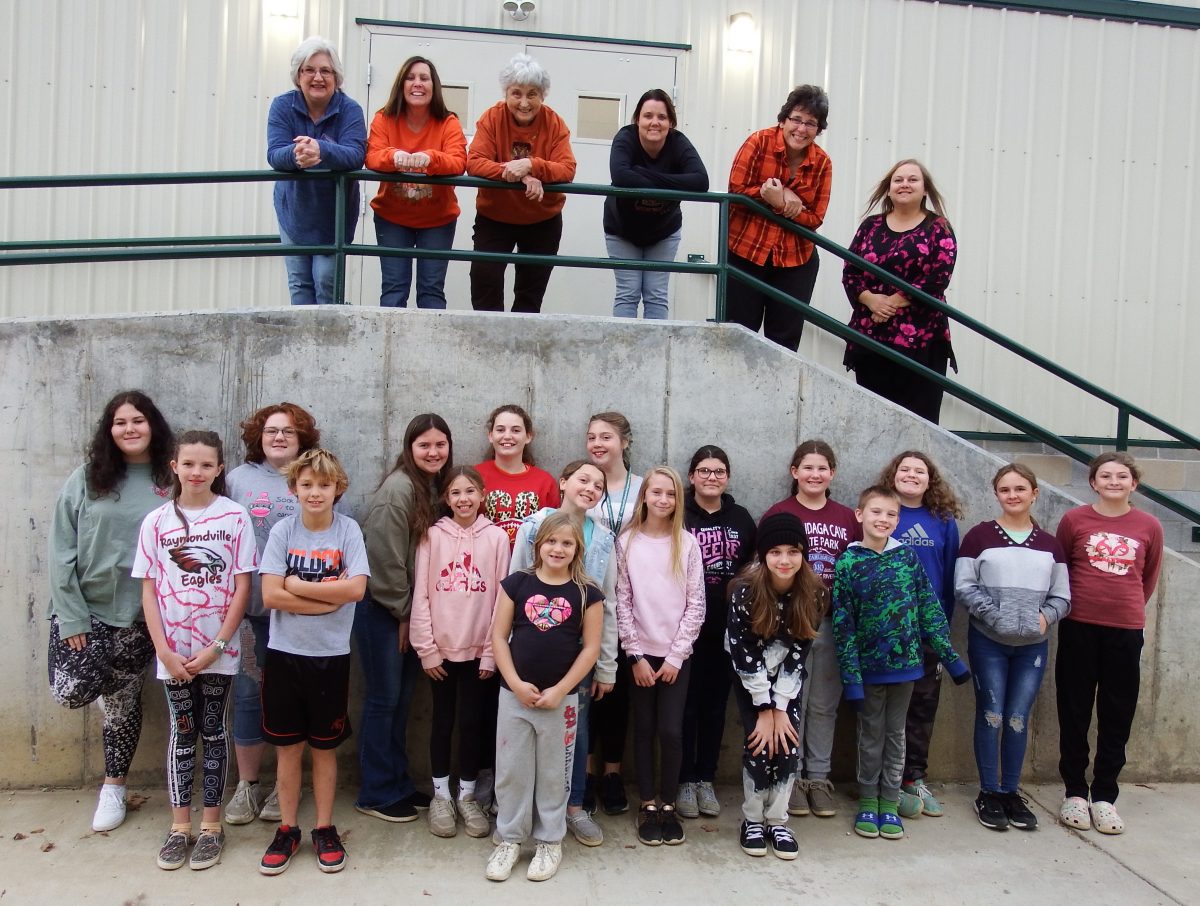 The Class of 2029 learned the story of the Underground Railroad Quilt during the first semester of classes.

Prior to choosing and beginning their quilt blocks, the students read “The Patchwork Path: A Quilt Map to Freedom,” by Bettye Stroud. It is a fictional story of Hannah and her father, who, after the death of her mother, made a run to Canada for freedom on the Underground Railroad. Her mother’s patchwork quilt offers clues that lead them along their dangerous journey.

The students attended sessions on Monday and Tuesday afternoons to choose their quilt patterns for a total of 16 blocks that would comprise their Underground Railroad Quilt. Each of the blocks – Bow Tie, Shoo Fly, Monkey Wrench, Drunkard’s Path, Jacob’s Ladder, Tumbling Block, LeMoyne Star, Nine Patch Star, Boat, Log Cabin, Flying Geese, Wagon Wheel, Crossroads, Wedding Ring and Bear Paw – would give direction in the story of freedom during the Civil War. An average of two students worked on each block, with several students working on more than one block.

“The students look forward to making the quilt for a whole year. We learn about the Underground Railroad in the fifth grade but do not make the quilt until the sixth grade. This helps them review what they have learned in History class. Everyone really enjoys the quilt project immensely. The students get very excited to see what the finished quilt will look like,” shares Michelle Meizler, sixth grade teacher.

For the students, the Underground Railroad Quilt Project would be completed after writing a story about the project and watching the movie “Harriet.” The movie is the tale of the American hero Harriet Tubman and her escape from slavery, helping to free hundreds of slaves and changing the course of history.

Assistant Carolyn Wulff completed the few blocks left unfinished before the holiday break and will bind the quilt when it has been quilted. Alma Mooney will set the blocks together into a quilt top, and Mary Berry will machine quilt the Underground Railroad Quilt for the students.