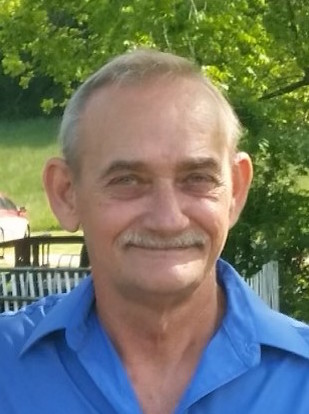 Steve married the love of his life, Carlene (Rogers) Ingram on March 16, 1991, at the home of his parents in Licking, Mo.

Steve grew up and lived most of his life here in Licking, enjoying the Ozarks and spending summer weekends at the Wilderness Ridge Resort in Duke, Mo., with family and friends. He enjoyed just sitting on the banks at Six Crossing reading a book, watching his grandkids fish, swim, or throw rocks while waiting on friends and families to finish their float trips down the Big Piney River. He greeted everyone with a smile, while offering to take pictures and assist in any way that he could to help build cherished memories of the great Ozark outdoors.

Steve’s favorite occupation was an auto mechanic. There wasn’t much that he could not fix. His dream job was to open Ingram’s Auto Repair in Licking, which he did and ran successfully for about 15 years. Steve worked at Rinne’s as a mechanic for several years before going to work at Durham’s – where he worked for 16 years before he retired.

Steve had a profound passion for working on vehicles, reading books, gold panning, metal detecting, numismatics, watching Sci-Fi movies and most of all spoiling his grandchildren.

Steve was such a loving husband, dad, papa, son, brother and uncle. He was truly one-of-a-kind with a giving heart. He was reserved, loving, ornery, stubborn, strong, and many people would say that he was grumpy (wasn’t always grumpy, but he sure looked it), and he had a heart full of gold. Steve leaves a big hole in our hearts, but he is at peace now and happy to be reunited with his father, Vernon and his infant daughter, Jennifer. This isn’t a goodbye, but until we meet again.

He is survived by his wife, Carlene, of the home; mother, Ada Ingram, of Licking; four sons, Christopher (Maria), of Licking, Sterling, of Licking, Brandon, of Success, and David (Heather), of Licking; one daughter, Amanda (Stephen) Gale, of Licking; sister, Beth Ann (Leeland) Godkin, of Texas; three brothers, Donald (Devon), of Licking, Randy (Mieke), of Licking, Ricky, of Barstow, Calif.; 15 grandchildren; one great-granddaughter; and many nieces and nephews.